This World Cup & Marathon Rally car day was originally scheduled for two years ago. Obviously, the covid restrictions that forced everyone to stay indoors (while Boris and his mates attended parties!) prevented this from happening. So, at long  last a new date was organised and this brilliant event could finally take place. I had a car full of people organised, but various cancellations before the event meant I was making the 135 mile journey alone.

My car of enforced choice for this event was the Mk1 Pi. This was due to the blue car still missing its gearbox and diff and the Mk1 estate still being in Norfolk awaiting welding. I had a trouble free run up to Gaydon other than stopping a couple of times to adjust the timing which hadn't got back to being quite right since the new engine was fitted.

Once at the show I met up with good mates Dave Harvey and Richard Warr, plus many others that I hadn't seen for some time. The cars on display were fantastic and there was many interesting stories of previous rallies to be heard.

One of the cars that had been in the  World Cup Rally was a Citroen DS that had travelled over from France. I have to say, it looked very good. 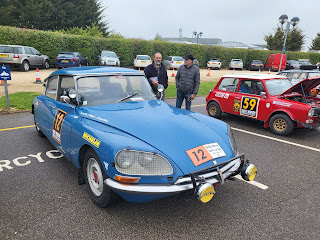 There was also a Mini Clubman that took part that was also for sale. I deliberately didn't ask how much it was in case I was too tempted to buy it! 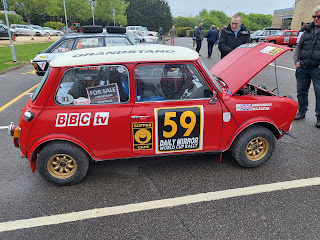 A World Cup Rally car that I would love to own is one of the Mk2 Triumph Pi's that took part, but these are now so sought after that even a basket case would set you back over £15k and then you'd probably have to spend at least that again to get it back to its former glory. You could use another Triumph shell I suppose, but then the car wouldn't be the genuine item, so it's unlikely that I'd ever own one. There were a few of them there though and as always, they looked fantastic. 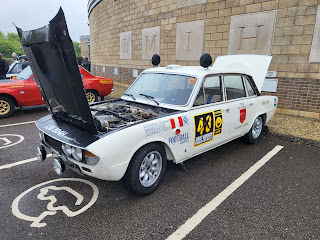 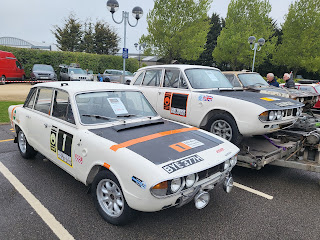 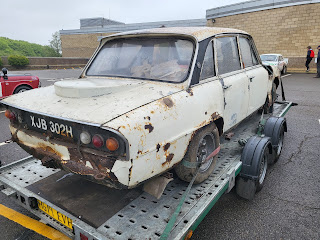 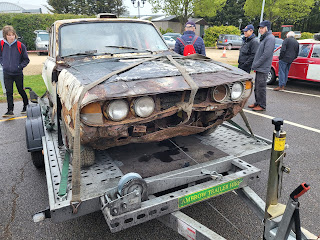 The only thing that blighted the day was the cold weather and the rain. So, by about 1pm after spending three hours in the damp, we'd all had enough and decided to leave. It had been a good day though and I enjoyed meeting up with Richard and Dave again. I left at 1.15pm and after another short stop to adjust the timing for a final time (it's spot on now) I arrived home at 3.35pm. The Pi had covered 272 miles door to door and hadn't missed a beat. What a great car! 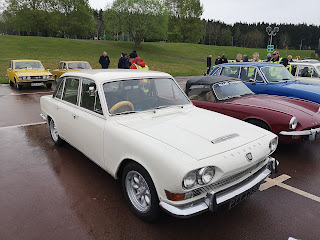