With the recent purchase of the Mk1 estate, one of the fleet had to go. So, with a heavy heart Krusty Mustard was put up for sale. Well, that's not strictly true because before I even had a chance to advertise a buyer came forward and a deal was done.

The buyer, who is a good friend of mine (and who shall remain anonymous for now) came down to mine by train on Good Friday and stayed over so that we could have a laugh and get out for a beer on the Friday night. To be fair we probably went a bit overboard with the drink which resulted in my friend not being fit enough to drive home until Saturday afternoon instead of the planned Saturday morning.

I had had the bonnet painted the correct colour during the week and to be honest, I thought the car looked great now it was all one colour. I had re-fitted the bumpers too and this also improved it's looks. This car also drives absolutely beautifully and I must need my head tested for selling it. To be fair though my real love is for Mk1's and I always said that this car could just be 'an itch I had to scratch'. I'll still be seeing it on the events though, plus it still has a good owner who will look after it. 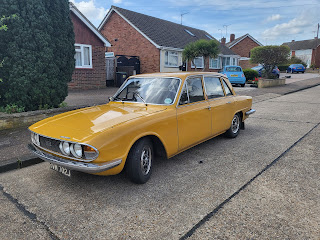 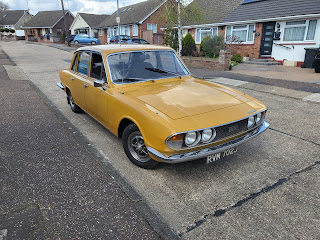