Friday the 7th October 2016 and the long awaited Club Triumph Round Britain Reliability Run was upon us.
Hopes of a nice lay in were soon dashed when the neighbour across the road was having his driveway block paved and I was awoken by the sound of a nine inch angle grinder revving its nuts off! Moving into the lounge wasn't much better as the house behind me was also doing some building work with the aid of a kango! How's your luck?
My two co-drivers (Darren Sharp and Dave Saunders) arrived just before 2pm and after a quick coffee we were ready to set out. However, Dave then noticed a spring laying in the driver side footwell. Further investigation revealed that the clutch return spring had broken and just dropped off of the pedal!
Dave and Darren then proceeded to remove the parcel tray while I disappeared into the Garage to rob the spring from my Mk1 Pi. (See? It pays to have more then one car!)

Once this awkward and fiddly job was done, we were finally ready to set off, although now an hour later than we intended.
The traffic around the M25 and A1 wasn't too bad and before long we were at the start location at Knebworth. I always love the start of this event and meeting other club members that you wouldn't normally see is always a highlight for me.
Before long we were setting out, and leaving Knebworth turned out to be a lot better than leaving the previous location for the RBRR. No traffic hold ups at all. Lovely!

A quiet drive up the A1 saw us arrive at the first check point at Blyth more or less at the opening time. After a quick stop for fuel and signing of the roadbook and we were away again. We had to devise a diversion for the next bit as the A1 was closed at Leeming Bar for bridge works. We opted to take the A168 and A19 and then cut back over not far short of the next control at Carter Bar. (The Scottish Border)
Arrival at Carter Bar 20 mins early found the check point initially void of any CT marshal's, but by the the time it was due to be open, they had arrived. A quick dash up to Kinross Services for the next control saw us take on fuel again and then it was my turn for the long run up past Inverness and the next control at Skiach services.
After more coffee at Skiach to boost the energy levels we then encountered the beautiful drive up to John O Groats while watching the sun rise over the North Sea. 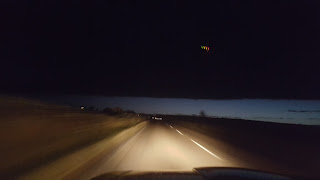 A hearty breakfast at the Seaview hotel, John O'Groats was most welcome and was consumed in good company too.

With Gertie full of 99 octane and us full of coffee and hot fried food we left Seaview earlier than intended, but only to vacate the table for more incoming crews.
A leisurely drive was then taken across the top of Scotland through Thurso and over to Bettyhill before heading south towards Altanharra. The next control point was back at Skiach and because we left JOG so early we were there a good hour before it opened. This was fine with us as Dave wanted to grab more sleep and Darren and I did some fine tuning with the car.
I then took my seat behind the wheel for (in my opinion) the best part of the run. We went down past Loch Ness and Fort William and stopped at a lovely roadside cafe just before Glencoe for a nice piece of Lemon Drizzle cake and more coffee. 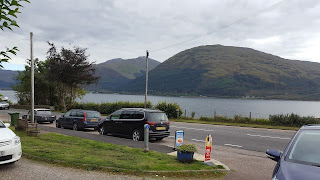 I continued the drive down to the next control at Stirling before Dave took over for the motorway stretch down to Tebay. At Tebay we took some time out to have a hot meal and a shower (not at the same time and certainly not together!) so we all felt refreshed for our second overnight drive.
Darren was now in the driving seat and I tried to grab some sleep on the back seat as for some reason, sleep had totally evaded me so far.
The Gledrid control was its usual hive of activity and it's at this point that I took to consuming Red Bull and Haribo TangFastics sweets in readiness for the pitch black Welsh forest stages down to Sugar Loaf.
The Sugar Loaf control was crammed so we just pulled in, had the book signed and moved on. Another good drive saw us topping up with fuel at the previous control at Gordano, before carrying on down to Westonzoyland aerodrome and the next control. Coffee and Banana cake was the order of the day here before the long slog down to Lands End via the check point at Okehampton.

Sunday morning saw us at Lands End and finally in the daylight again. This is the part of the run where we all start perking up. The daylight driving makes life easier, plus you know that you are on the last leg and homeward bound. (Well, heading for the finish anyway)
Another good hearty breakfast saw us revitalised and heading for Bude Motor Museum. More coffee followed and I made arrangements to leave my timing light and spare distributor for my fellow CT Essex colleagues in car 104 who were having a few difficulties and were about 90 mins behind us.
From Bude we headed for Badgers Holt at Dartmoor where we enjoyed ice cream purchased from the petrol money. (Such Luxuries!)
Pimperne would be the next control and famous (with CT anyway) for the vast array of cakes laid on. This is always a favourite haunt for RBRR'ers and nobody ever seems to be in a rush to get away from here. This was the penultimate control, so the drive from here is always full of apprehension and the dread of something going wrong at this late stage. The rain also set it at this point which was a pity as this had been the best RBRR for weather since my first one in 2010. 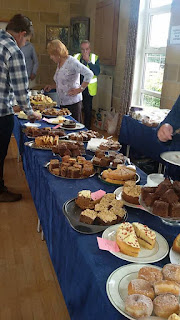 The drive back to the finish was the usual Sunday night go slow, but not too bad actually. We made Knebworth in good time and walking up to the bar I was met by a giant dog serving beer! I thought I must have been more tired than I thought and had starting hallucinating, but it turned out to be one of the bar staff in a dog costume. =)
We had booked into the hotel for the night, so no more driving for us and we had the chance to have a few beers to round off a great weekend. 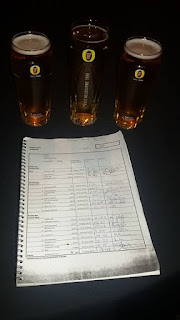 We'd had another great run and once again Gertie had performed faultlessly. (Apart from the broken clutch spring at the start)
This was now her 3rd RBRR in my ownership and 4th in total. All without breakdown or serious issue. I have to say though, I may stand her down for the next one and give the Mk1 Pi a try. Listening to all those other Pi's on the run just made me want to be in the same. 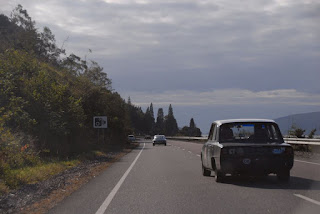 Posted by RadSpeed Racing at Sunday, October 16, 2016 No comments: