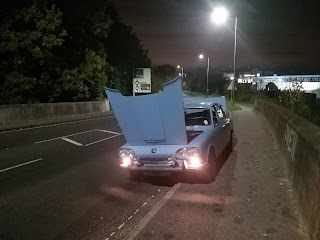 With no way of fixing it I had no choice but to ring my insurance company breakdown line who then had to arrange recovery. They sent a patrol van out first even though I had told them it was unfixable. The patrol man arrived, tried to fix the broken nozzle for an hour with glue. (Even though I told him that petrol will just melt the glue!) After his unsuccessful attempt and wasting a lot of time he then radioed in and told control I needed recovering! (Which is what I originally told them two hours previously!)  after another long wait for recovery, I eventually got home at 1am Saturday Morning! 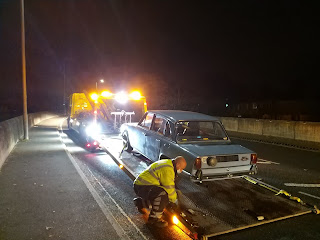