Having been busy with work lately, I've only just had time to sit down and write this so apologies for the delay.
Having been absent from the Chinese Rally for a couple of years now, I thought I'd get myself reacquainted with it.
Dave Harvey, my co-driver for the event arrived on Friday afternoon and after a quick play with the fuel pressure on the Pi, we then ventured out for the evening by way of a beer and an Indian, although with the alarm set at the ungodly hour of 5am for the Saturday morning, it was never going to be a heavy night.
By 6am Saturday morning we were on our way to the Eurotunnel for our 8.10am crossing. Neither Dave or I had been on the train before, so this was a new experience for both of us.
Check-in was straight forward and before we knew it we were driving down the inside of a large train carriage. 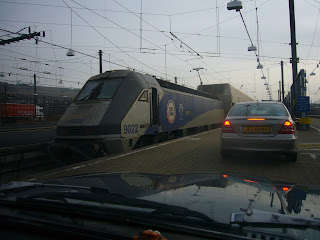 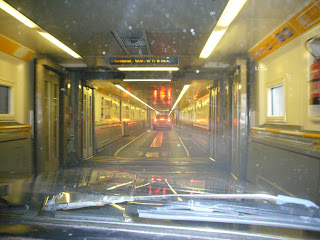 Roughly 20 minutes later we were off the other side and decided on a non-stop drive through France, Belgium and the dreaded Antwerp ring road before stopping for breakfast. A ham omelette was the order of the day for breakfast which was rudely interrupted by the couple behind us suddenly charging out of the restaurant and chasing two men that had just just stolen their wallet out of their coats. Charming!
Dave took over for the second part of the run and by mid-afternoon we had reached our hotel in Raalte. We had an hour spare for a quick coffee and a shower before it was time to head for the start at the Hong Kong Chinese Restaurant at Weseppe.
The entry was very full and certainly varied and we also met up with the only other British entrant Don Cook in his beautiful red GT6. 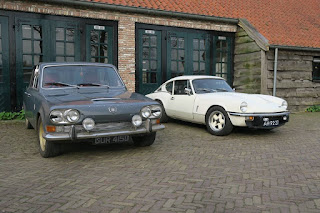 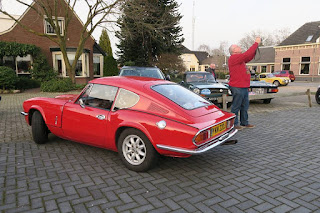 After some lovely Chinese food it was time to hit the road and take to the darkness. I have to say the first part didn't go to well for most crews as the route book didn't seem to match to the kilometres or mileage given. There seemed to be quite a few other crews driving round lost as well as us. Shoulder shrugging seem to be the common gesture and we all drove past each other from all different directions!
We eventually got to the half way stage for the obligatory coffee and cake and a bonus here was that the half way stage was at a car restoration work shop. There was some interesting work going on here on some very interesting projects. 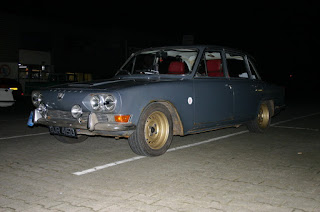 After being fed and watered it was time to hit the road for the second half and this went a lot better than the first. We never ventured off route once and on our arrival back at the finish our total kilometres on our trip meter showed 86.5 kms compared to the 86.2 in the route book. This was deemed close enough as you're never going to get it spot on.
We had time for a couple of small beers before retiring for the night and was delighted to win an award for the best foreign entrant as well. A lot of people also complimented us on our enthusiasm for the event having only left England that morning in order to compete in Holland the same night.

After a good nights sleep and a hearty breakfast, it was time to head back to blighty, because unfortunately I had to be back at work on the Monday morning. We caught a ten minute hold up on the Antwerp ring road, but other than that, had another clear run home.
The Eurotunnel was a bit slower this time due to passport and car checks, but we still managed to get on an earlier train which was a bonus.
All in all we'd had a good trip. The weather was definitely on our side and it was nice to be roaming about in short sleeves for a change.
Now, shall I do the next one in November? Hmm......... 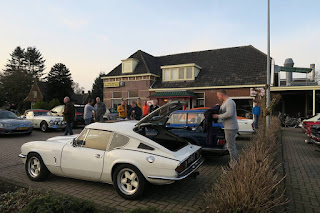 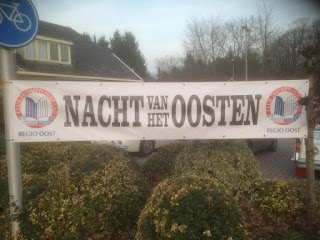 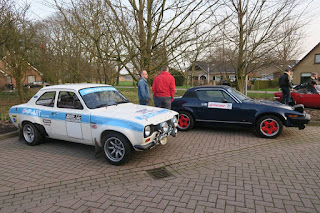 Posted by RadSpeed Racing at Sunday, April 23, 2017 No comments: