The recent weekend away at the NEC highlighted an issue with Gertie's indicator stalk. Something had obviously gone very wrong somewhere and although it was still working, it had become very loose and floppy like.
Luckily Dave Harvey was attending the NEC and after a quick phone call, he grabbed some spares he had laying around and brought them with him. Resisting the urge to try and fix it at the show, I waited until the following weekend before pulling the car to bits.
I decided the easiest way was to remove  the dashboard binnacle, all of the gauges and various switches. 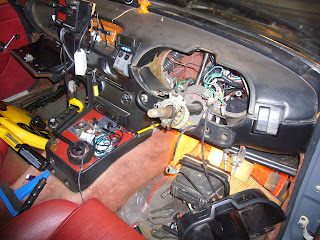 ﻿
With the mechanism for the indicator stalk removed the problem became obvious. The barrel that the actual stalk fits into had broken in half and was allowing the stalk to move excessively. 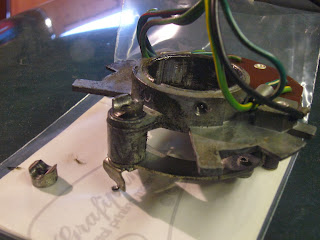 Luckily Dave has supplied one of these too, so this and the new stalk were fitted and the interior refitted. With it all reassembled the indicator was tested and I'm pleased to say it was all nice and tight and working as Triumph originally intended.
Whilst in the garage I decided to fit a new sticker to the front wings. I'd seen it at the NEC and it appealed to my warped sense of humour, so I had just had to have it. 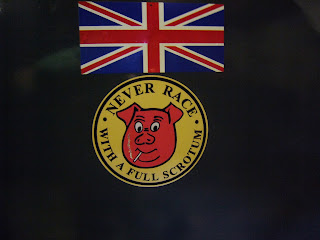 With this done it was time to turn my attention to my recently acquired Mini. Driving home from work in the dark with the lights, heater and wipers on was making the fan belt slip and subsequently squeal like a stuck pig. I don't think the alternator has got long left to be honest as the charging light comes on on tick over when all these items are running. However, because the fan belt was slipping this could also have been the reason for the alternator not charging properly.
A new fan belt was obtained and the task of trying to figure out how to fit it began. The fan is incredibly close to the radiator and the radiator mounting plate is also very close to the crankshaft pulley. After trying to get the fan belt past both of these unsuccessfully I decided to undo all of the radiator mounts and cowling so I could move the radiator back and have more room. Luckily this worked. Recent test drives have shown that the squealing has stopped but the charging light is still coming on. Looks like a new alternator could be on the shopping list then! 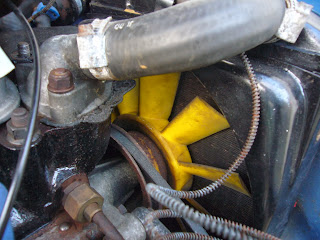 A rush home from work saw me in the garage at 17.35 and awaiting the arrival of Colin Wake. (Scrapman on the CT forum)  The reason for Colin's visit was to assist in the fitting and tuning of my 1-2-3 Performance and programmable distributor.
Colin is a bit of a whizz in anything IT and tuning and advance curves and all manner of stuff that I don't really understand.
So the plan was to fit the new dizzy and then take the car to the CT Essex meet and have a play while on route. 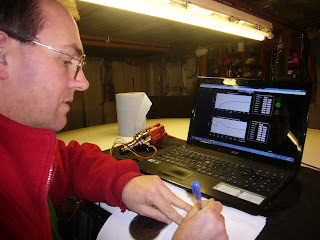 (Colin making some notes before installation & tuning)
With the dizzy fitted we then attempted to start the car and to our surprise it fired and ran straight away. So with the USB lead connected between the dizzy and the laptop via the bonnet and the quarter light window, we set off for the meet. 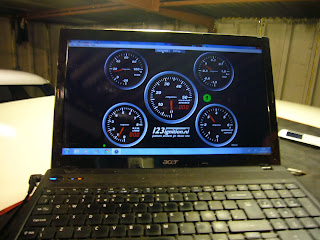 ﻿
It's quite a strange thing to be driving a 1968 car while someone sits next to you with a laptop tuning it. We tried different curves, some which made the car pretty damn quick and others that made the car pink like mad and run slow. The main difference I noticed was how much smoother the car was on pull away. There was no hesitation at all. There's still a bit more experimenting to do, but a good pub dinner was calling. I'm looking forward to another  tuning session when time allows. ﻿
﻿
﻿
Posted by RadSpeed Racing at Monday, November 11, 2013 No comments: