As a follow on from my last post, work continued on my 1967 Mk1 and I replaced the two bottom ball joints, one track rod end and bought a new exhaust centre section and downpipe.
With all of these fitted I decided to go ahead and book the MOT. Saturday 5th August at 4pm was the impending appointment and after completing some small niggly jobs in the morning, (Interior light and panel lights not working) I was ready for my journey that afternoon.
I have to confess I was a little wary as when I went to replace the thermostat the night before, I had found that there wasn't one in there to begin with! So I fitted my new one anyway.
Also, not knowing the history of this car, I wondered if it was hiding any issues not addressed by the previous owners. In my experience with these 'barn finds', people do not just park up and store perfectly good usable cars. There is normally something not right with them that enforced the cars lay up in the first place.
Anyway, After playing 'musical cars' so I could get this one out of the garage I set off for MOT and hoped for the best. 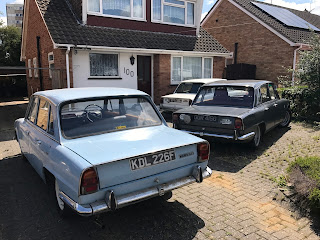 All seemed well first of all and the car was running well. My preferred garage is eight miles away so the car would be getting its first good run for many a year. The temperature gauge climbed slowly to the half way mark.........but then unfortunately kept climbing. At the three quarter mark I decided to pull over and check it, but the next turn off on the dual carriageway was still a few miles away. By the time I did manage to pull over (Only a mile away from the MOT station) it was boiling over big time and the pressure had even blown the lid off of the expansion bottle!
I phoned the garage and cancelled the MOT, let the car cool right down, topped up with water and drove back home without the radiator cap on. Feeling quite disappointed after all of the hard work I'd done in a relatively short period, I just parked the car up and left it until the Sunday morning.
The following day I removed the radiator and compared it to a spare one that I had been given some time ago. The one from the car was considerably heavier than the spare so I worked on the assumption that it was a blocked radiator that was causing the problem rather than a blown head gasket or worse.
On fitting the spare I found that this leaked, (that'll be why I was given it for nothing then!) but even with me topping the water up and running the car for 15 mins at 2000 revs it never overheated  and the temperature gauge never mover past the quarter mark. So the situation looked promising.
I managed to borrow another radiator from a mate and did more testing on the Wednesday evening which again saw no issues with the cooling. So, Thursday 10th August, I re-booked the MOT and dropped it into the garage late morning.
I'd still heard nothing by 3pm, so me being of the impatient sort decided to have a quick look online. To my relief and joy it had passed its first MOT in 18 years! Graham, the guy who I bought the car off of was quite chuffed as well as he'd wanted to see it back on the road and being used. He told me 'you've done more to that car in two weeks than I did in two years'. 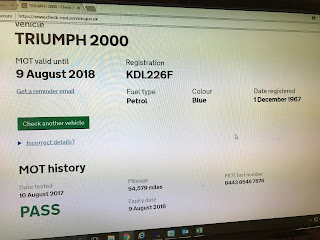 So now it has an Mot, I can start getting a bit of use out of it. It needs a bit more t-cutting and polishing and then I think it will start looking quite presentable. 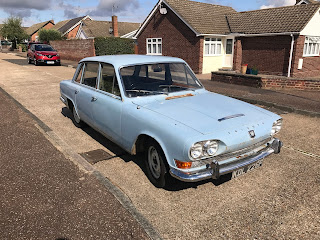 Oh, and I applied for some road tax as well. I thought it might be a tad overdue. :) 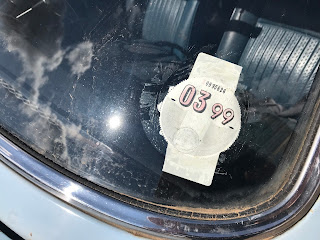 Posted by RadSpeed Racing at Saturday, August 12, 2017 No comments: