A bit (and only a bit) more work has continued on the Pi. After removing the rear door as well as the  front drivers door, I started to grind down and then cut into the B post as it looked a bit 'crusty' around that area. I was dreading what I would find when I cut into it, but although the membrane in the middle of the inner and outer sills has surface rust, it hasn't rusted through yet.
I'm not ready to start cutting sills off and carrying out a full restoration yet, as I want to have fun in this car first and give Gertie a bit of a rest, so for the time being the B post will just be repaired and patched up.
The bonnet was also suffering in the form of a collapsed hinge mounting bracket so this was ground down and welded. I then discovered that the pin in the hinge was also broken, so my repairs had been in vain. I've fitted my spare 'Damson' bonnet for the time being. This should look rather nice with the two green doors I have to go back on and also the Damson, or Dark Blue boot lid. ( I have a choice of two)
Never mind, I can worry about the paint once it's all solid again. ( I was going to say rust free, but I don't think many of these cars are rust free now, they'll always be some rust  lurking somewhere now that they are reaching their 'senior' years)
I've had to go back to work in between Christmas and New Year, so welding and repairs will resume when work and this bloody freezing weather has passed. 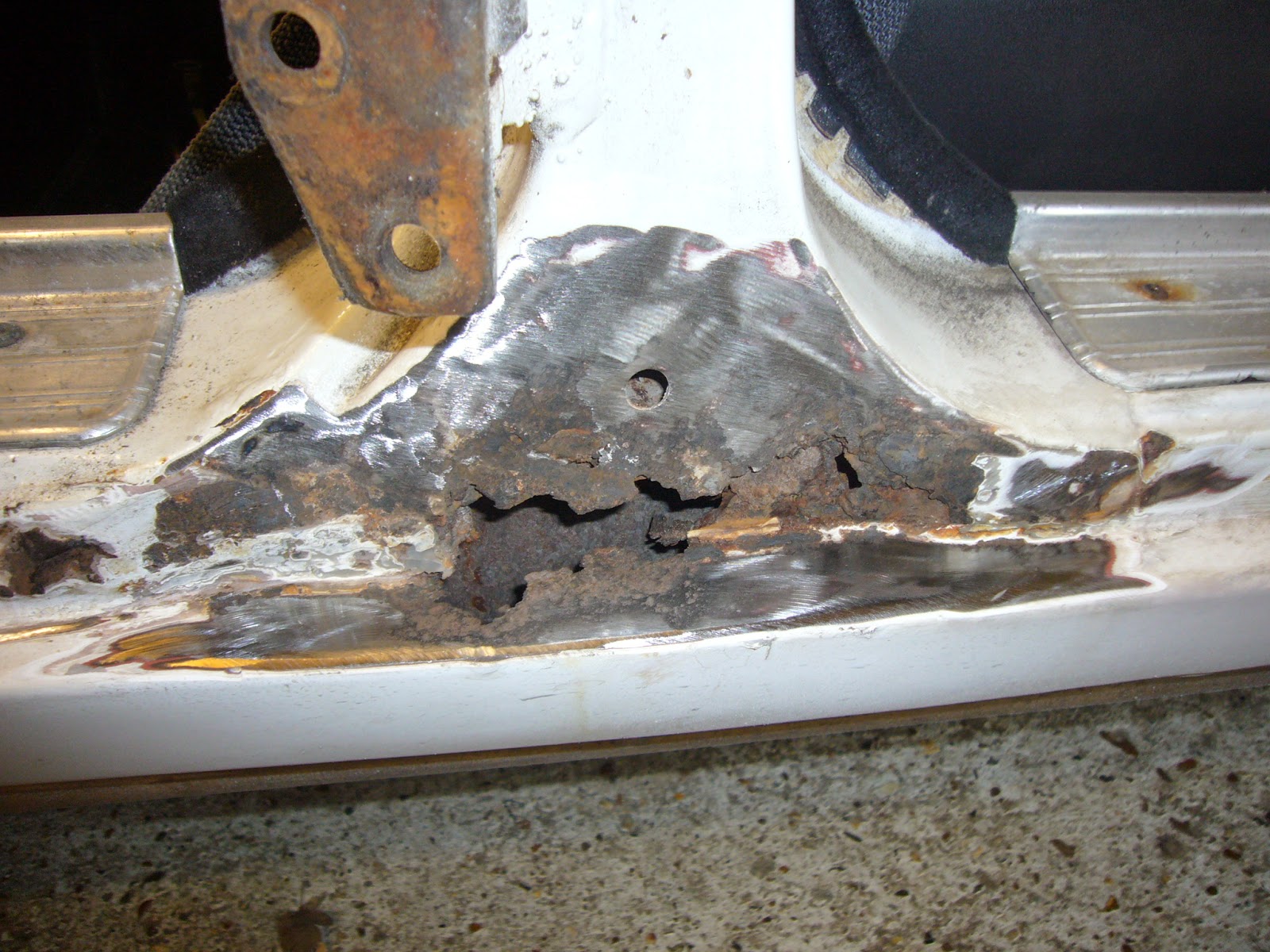 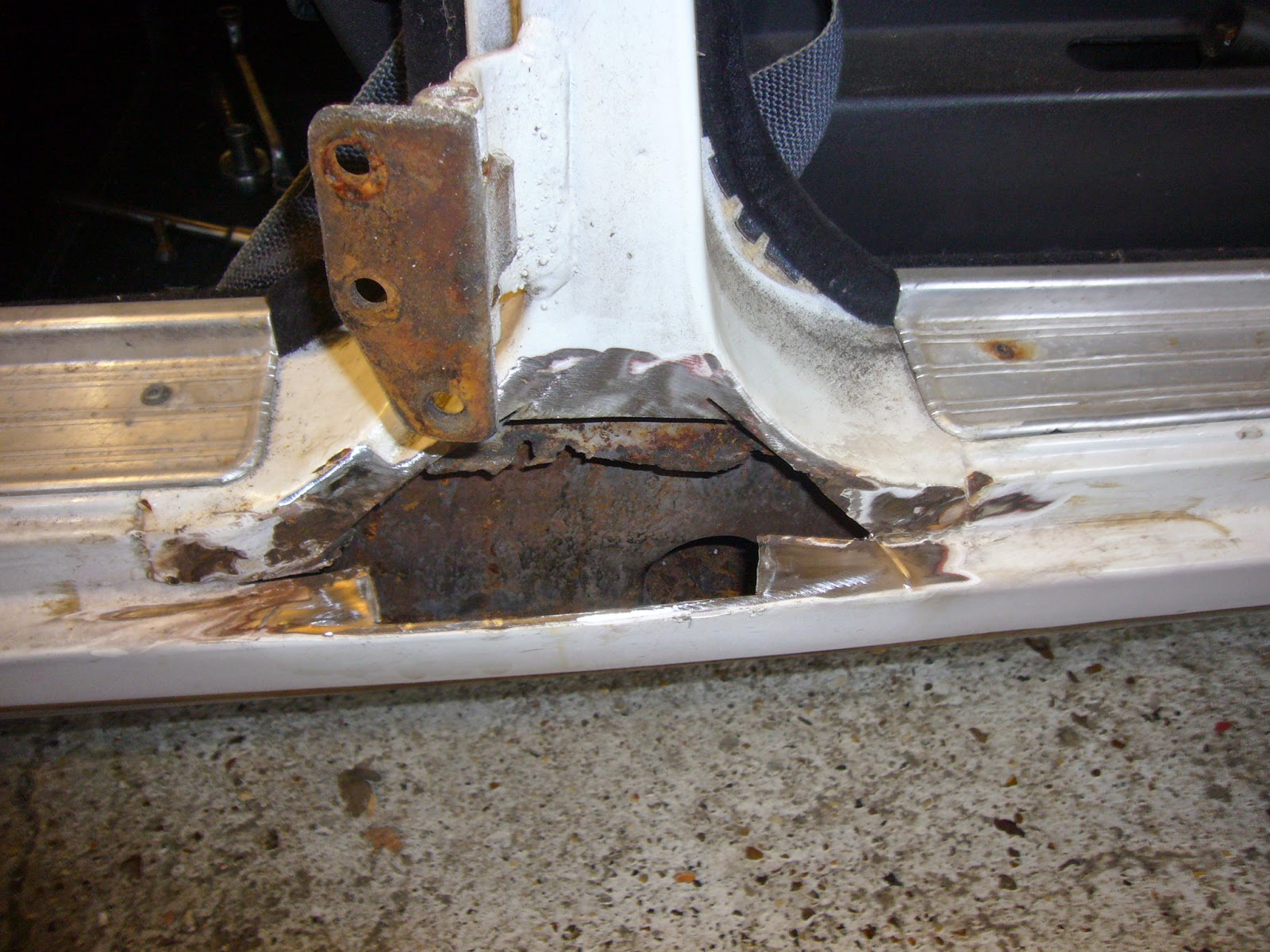 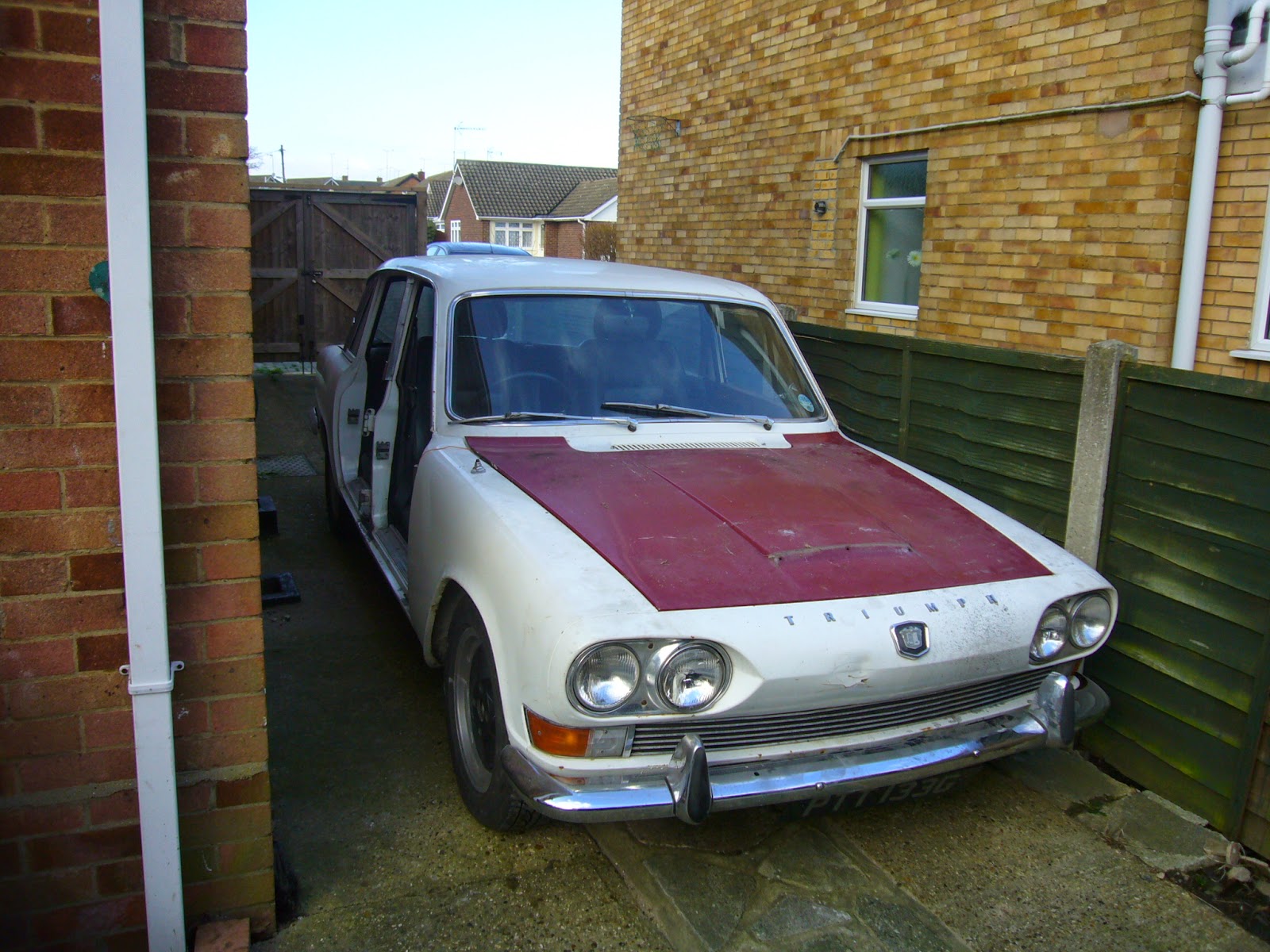 Posted by RadSpeed Racing at Wednesday, December 31, 2014 No comments:

After a few months of the Mk1 Pi annoying the crap out of me with sticking throttles, snapping bonnet cables, (with the bonnet down and the throttle stuck half open!) collapsing clutch master cylinder seals and filling the boot up with petrol (Twice!) I've almost managed to get it semi-reliable.

I took it to the last Essex club meet hoping it would behave itself, and apart from having to stop half way and wiggle the fuse to get the dashboard and rear lights working again it got me there ok. Getting home was also interesting as one of the injectors decided it didn't want to play and the remainder of the journey was completed on 5 cylinders only and me sulking.

Over the past few weeks, I have been collecting some panels for it and have so far managed to find one front door, two rear doors, a bonnet and bootlid. The only door I was having trouble locating was a drivers door. So I removed my one and had it repaired by the guy that did the repairs to the Red Shed when I owned it. He's made quite a good job of it, despite the amount of rot that was in it. 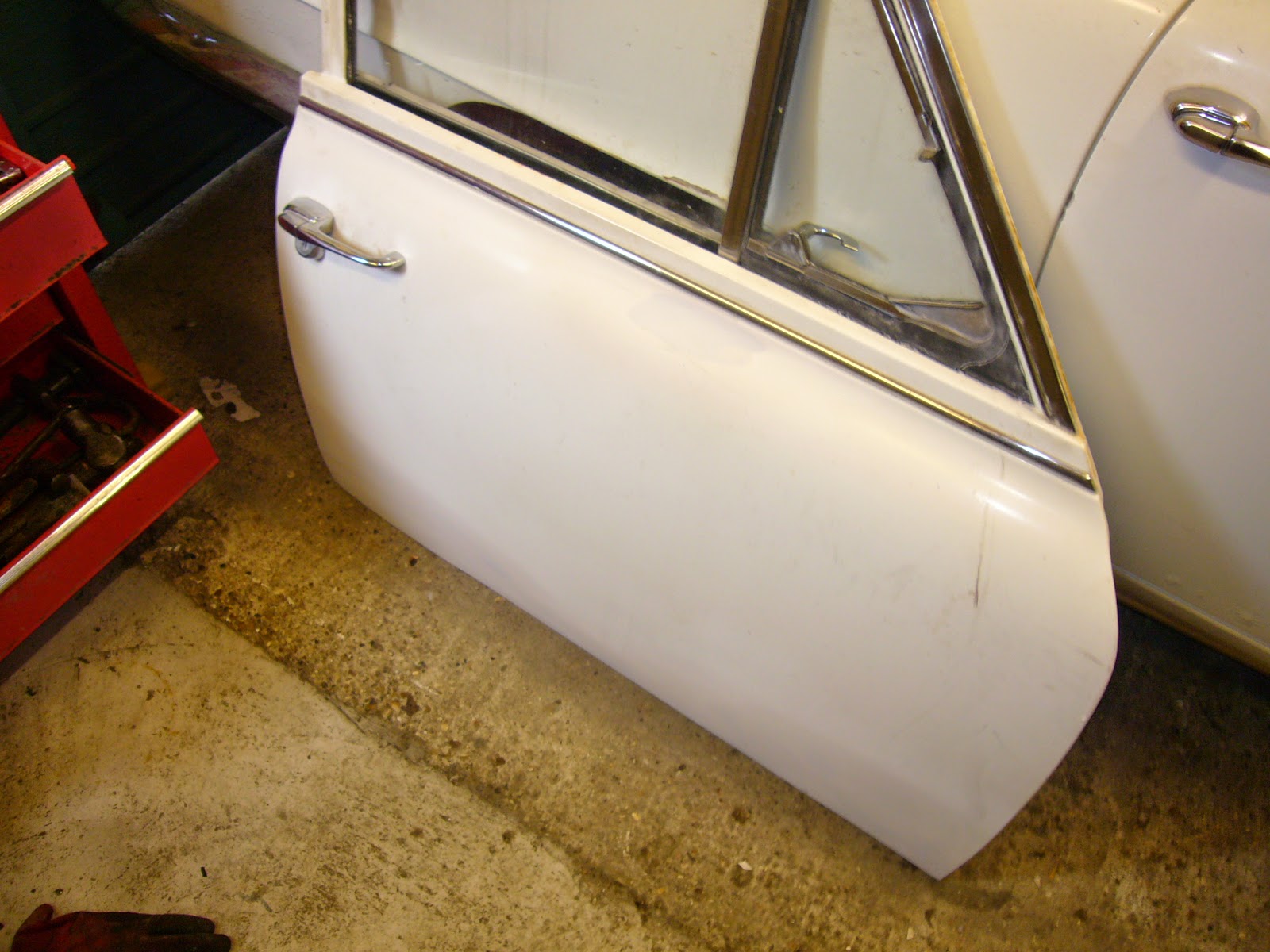 The next stage will be to remove and replace the rear door, although before the replacement goes on I will be looking at having the bottom of the door post repaired as this is a bit 'flaky' as you can see. 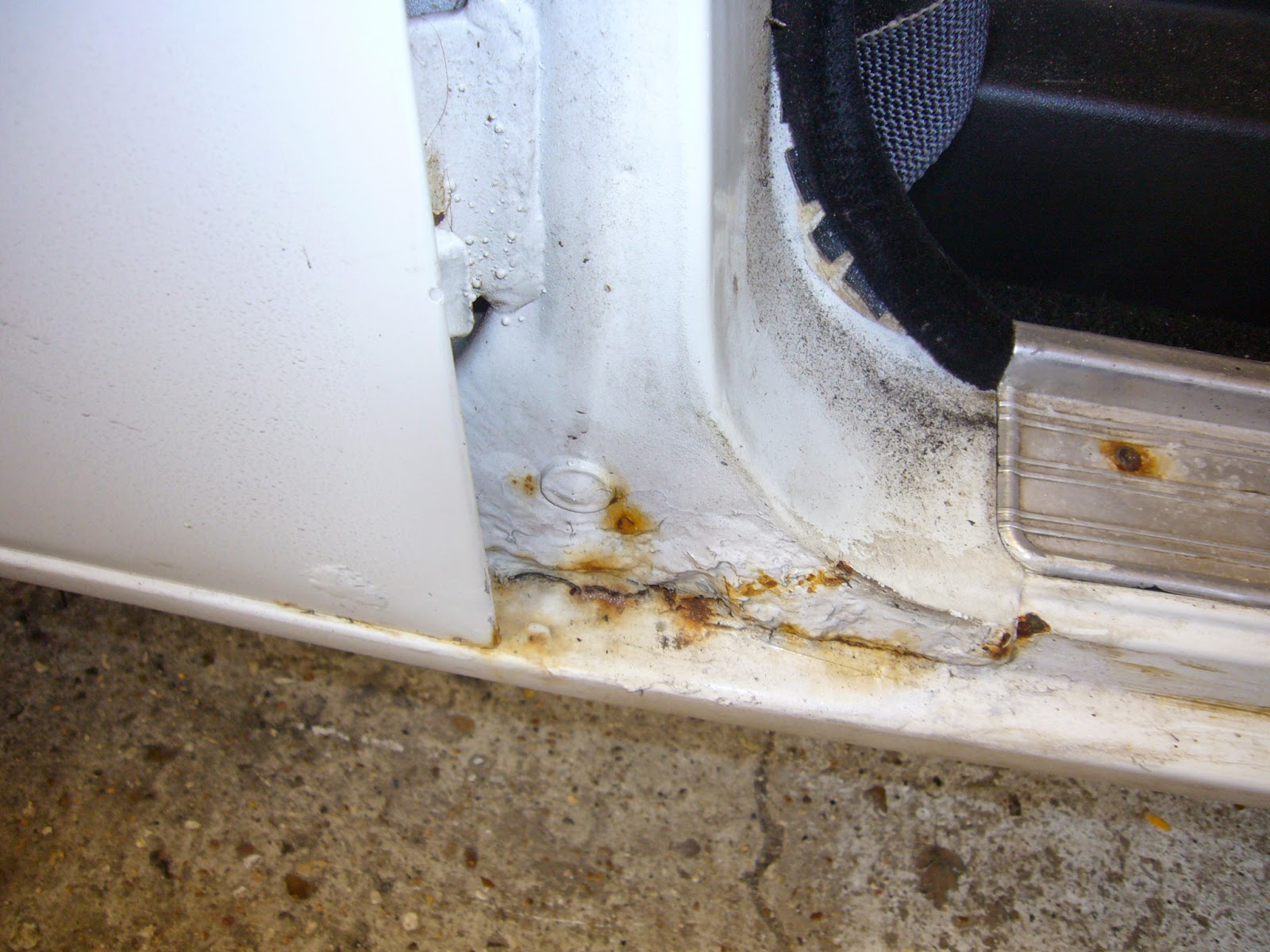 The only other modification I've done so far to the car is remove the Mk2 front seats that were fitted and fit a more comfortable pair. Instead of going down the 'Alfa Romeo' route as I had before, I looked from something different. Alfa seats are nice, but they aren't really black, they are more of a Charcoal colour. I wanted something that would look a bit closer to original, so I opted for the black leather Range Rover seats that my friend Gavin had in his car. (He changed to MGF seats in his MK2) As you can see, they are a good fit and look a better colour match. Just need to find suitable rear ones now. 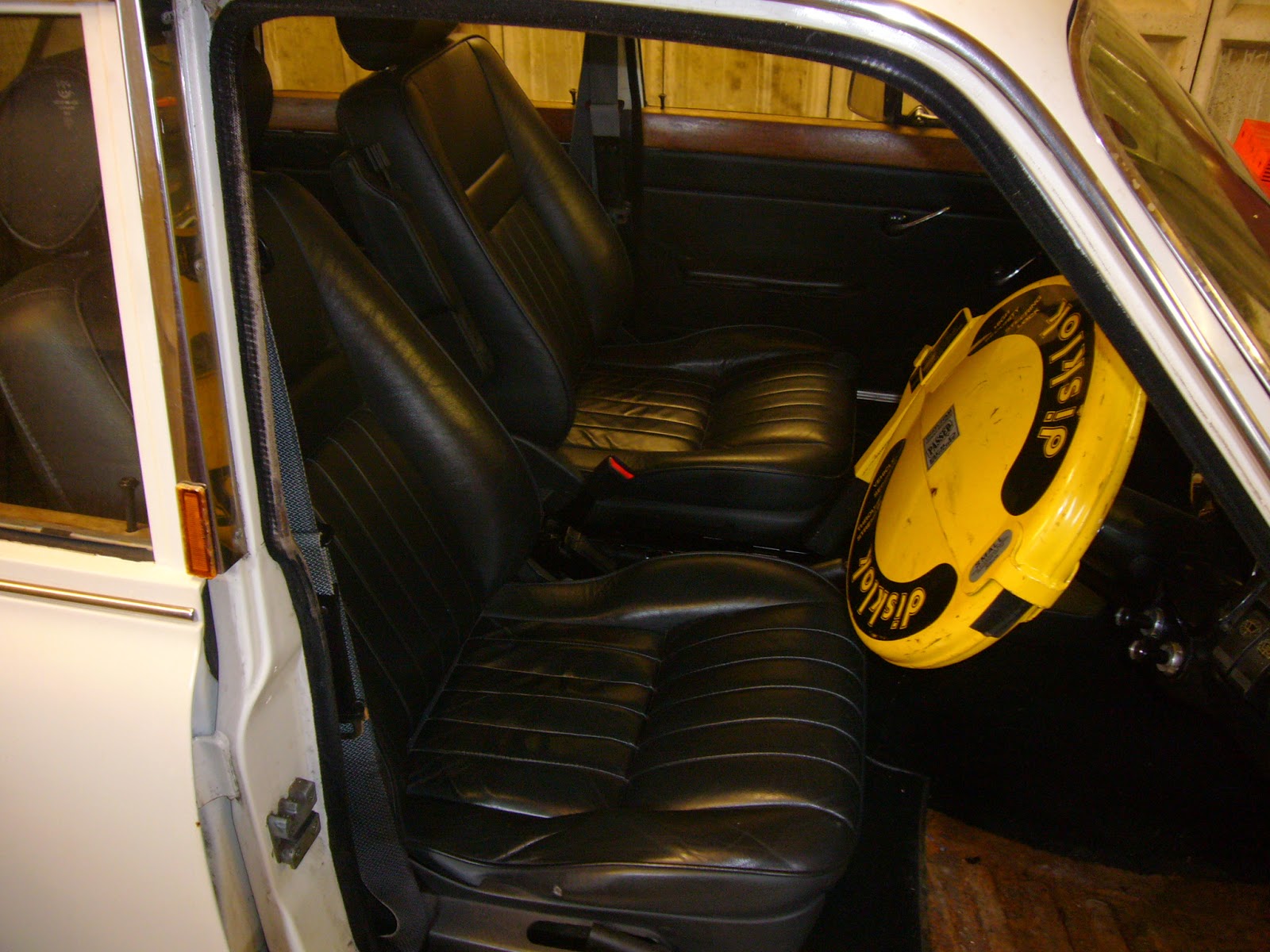 Posted by RadSpeed Racing at Sunday, December 07, 2014 No comments: