The day had finally arrived for the Round Britain Reliabilty Run drivers meeting at Gaydon. This year I am running as part of a three car team. Dave Maton and Richard Warr are the other Triumph Mk1 owners and we were hoping to get all three cars together for the first time so we could get a picture of them for our charity page. The obstacle being that I live in Essex, Dave lives in Hertfordshire and Richard lives in Worcestershire! Richard had also had an issue with his brake servo failing the weekend before, but fortunately he found another one and was able to repair his car in time.

So Saturday morning around 6.45am I left my place to meet up with Dave Maton at junction 26 of the M25. After a steady drive up the boring M40 we met Richard at Reg's cafe in Banbury at 9.15am and after a nice breakfast we all travelled in convoy up to the British Heritage Museum at Gaydon where the meeting was being held. 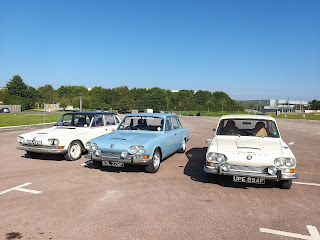 It was good meeting and also good to meet up with people not seen for some time due to the restrictions of Covid. We had a chat from the organisers and also from the people from MNDA (Motor Neurone Disease Association) which is the charity that the run is for this year. It also has a personal touch for me this year as a lovely lady, Josie Marchant that I had known for many, many years was taken by this wicked, awful disease in February 2018. (See pictures and link for our charity page below)

Around 3pm we were all done and it was time to start heading home. It had been a great day. The weather was beautiful, there had been no traffic jams and all three cars completed their respective runs with no issues. (My journey was 268 miles round trip) 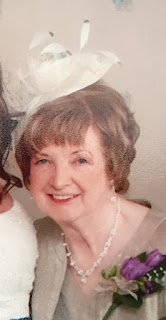 The lovely Josie Marchant. Taken by MND in February 2018

Posted by RadSpeed Racing at Sunday, September 19, 2021 No comments:

I had been looking for a new set of wheels for Gertie2 for some time but wanted to make absolutely sure that I had the correct offset or as its more commonly known, ET number.  (The ‘ET’ is a shortened version of the German word ‘Einpresstiefe’ which means insertion depth or depth of imprint.)
I did originally toy with the idea of buying a set of brand new TR6 wheels and made phone calls and email enquiries to Weller Wheels who manufacture them as to price, lead time and delivery etc. After chasing them three times I was eventually told (seven days later) that they don't have any in stock and that they wont be making anymore! (Even though they were advertising them on their website!)
With this avenue closed I then emailed Minilite and received a reply the very same day. I gave them the size and specifications that I wanted and once I was given a price I placed the order. Minilite don't actually hold any wheels in stock, they are manufactured once the order is placed. I was given a delivery time of two to three weeks and sure enough, two weeks later I received a phone call saying that the wheels were ready and where would I like them delivered? Impressive service! 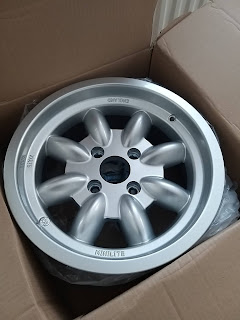 The wheels arrived on a Thursday (I was at work so my neighbour kindly put them in his garage until I got home) so Friday 17th September I had them fitted to the car. This was very good timing as it was the drivers meeting for the Round Britain Reliability Run on the Saturday ay Gaydon in Warwickshire and it would be nice to arrive with a set of shiny new wheels on. I must say I'm very pleased with them and I think they finish the car off nicely. Now, shall I order another set for the Pi? Hmmm........ 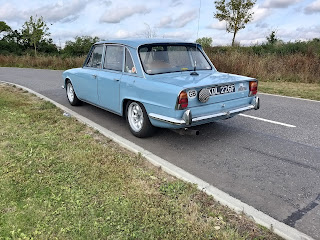 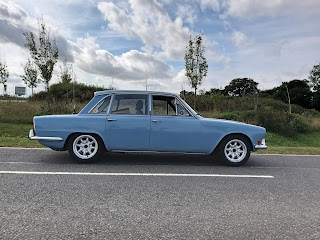 Posted by RadSpeed Racing at Sunday, September 19, 2021 No comments: