What with having Covid, Christmas and the cold weather etc, I've really not been up to much in the garage or working on the cars.

Dave Maton and Gavin came round and a few odd jobs were carried out. I also had to move my cars around as my Blue Mk1 is going for a rolling road session on Thursday, so I needed to make sure that it was going to start and run ok. (It hadn't been started since last October) Once this had been started and parked in the street, I then started up my Mk1 Pi which hadn't been started since last November. (Since the new engine was fitted in fact) I then took it for a spin as it hadn't yet been driven with the new engine in. I have to say it went very well.

The Mk2 wasn't keen on starting, but to be quite honest I think I flooded it. It could also really do with a bigger battery on it I think as it doesn't turn over very fast and just needs a bit of extra oomph. It did start eventually though and was driven around the block a few times to give it a run. 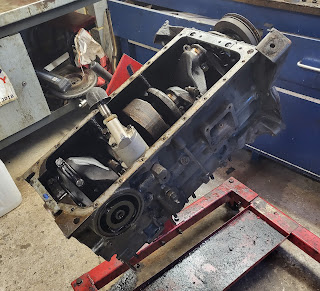 On Sunday I started inspecting the Mk2 Pi engine that I had removed from the Mk1 Pi. It was a very good engine whilst in the car although had been getting a tad smokey. The big ends and main bearings look in good condition, so I might just fit a new set of big ends and piston rings and just keep it as a spare engine. 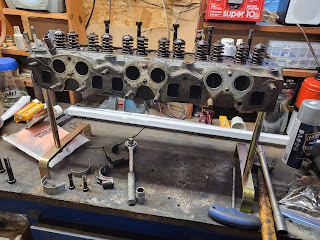 The cylinder head also looked ok, so this may just be given a clean up and re-attached to the engine block once that's finished. I've also been doing a few bits to a spare set of twin carburettors that I have. 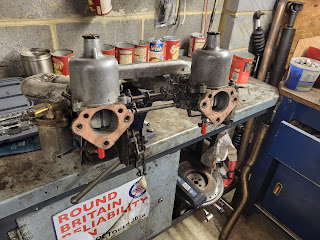 Until we all get back to normal it doesn't look as though there are going to be many driving events for a good few months yet, so this is going to be my hobby for the time being.

Posted by RadSpeed Racing at Sunday, January 23, 2022 No comments: