Sitting at home one Saturday night minding my own business, I received a text from Dave Maton saying 'Facebook-cheap car - near you - might be worth a look.' So, after viewing said car on FB, I decided it was indeed worth a look and sent the seller a message. By the Sunday afternoon, I'd still had no reply from the seller, plus the ad on FB had been removed, so I assumed it was sold and thought no more of it. I then received a phone call in the evening from Mr Maton saying 'that car's back on facebook again!' So I sent another message and this time I did receive a reply. Address details were quickly obtained and I arrived at the sellers house at around 8pm.

The car (Obviously a Mk1 Saloon) in question was a 1966 on a 'C' plate. In the beautiful colour of Gunmetal, (Not many around in this colour now) it looked a very original car with a very good interior. It will need some welding and attention to body work, but other than that it looked very presentable. 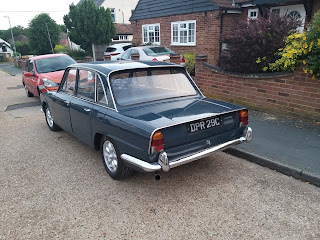 The car was running very rich and also quite sick, so I persuaded the seller to follow me home in his large pick up in case I broke down and then give me a lift back to collect my car. A price was agreed and the deal was done.
I did have a lot going on this week with a house sale, exchange and completion hoping to take place, (Not the house I live in, my other house) so I only managed to get into the garage for one day. The first job was to perform a compression test and play with the carburettors. The compression test revealed that all was not well and that number 5 cylinder was  considerably lower than the rest. 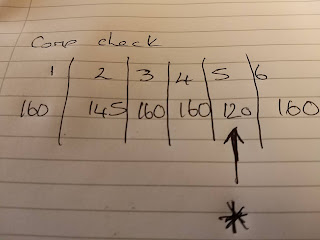 After what seemed a very long week, Saturday morning finally arrived and I finished putting the carbs back together, then removed the rocker box cover to set the valve clearances. While doing this, guess where I discovered a bent push rod? Correct, number 5 cylinder! That would explain the low compression then. With this changed and the carbs tuned the car was started and sounded a hell of a lot better than when I drove it home, so I was very happy with that. 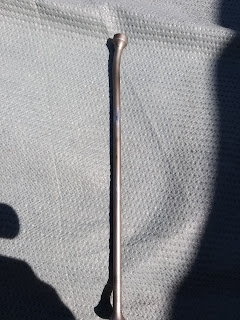 So, it's looking like this car could be a very good purchase. However, the welding required is out of my skill set and I'm not really sure if I want to get into another full restoration, so as of yet I'm still undecided what to do with it. There's still a few more jobs to do. The dashboard lights aren't working and neither is the speedometer. The exhaust is banging as well (Which is really annoying when driving!) and I discovered yesterday that the choke mechanism isn't returning when the choke cable is pushed home. The car does have a lot of plus points though. The interior is very good and it has a lot of original early features, so I will plod along with it for the time being and see how things go. 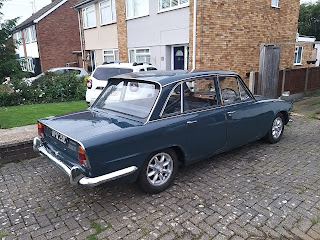 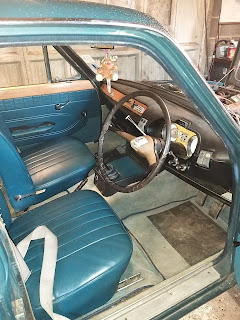