After a long week of working on Gertie every night after work and installing a new complete clutch, alternator, and giving her an oil and filter change, she was now ready to take part in the 2015 HCR. I collected my co-drivers Saturday morning and we had an enjoyable breakfast in Collier Row near Romford, before leaving for the first start location at Stourbridge. (Although my choice of vegetarian fried breakfast probably wasn't the best choice for a long journey and left the car smelling very herbal at times!)
We arrived at VeeBee Filteration for around 14.45 where we took part in a very short Gymkhana event before moving onto the Wagon and Horses for a quite un-spectacular dinner. Eventually we received our clue sheets, plotted our route and left the pub at 18.40. 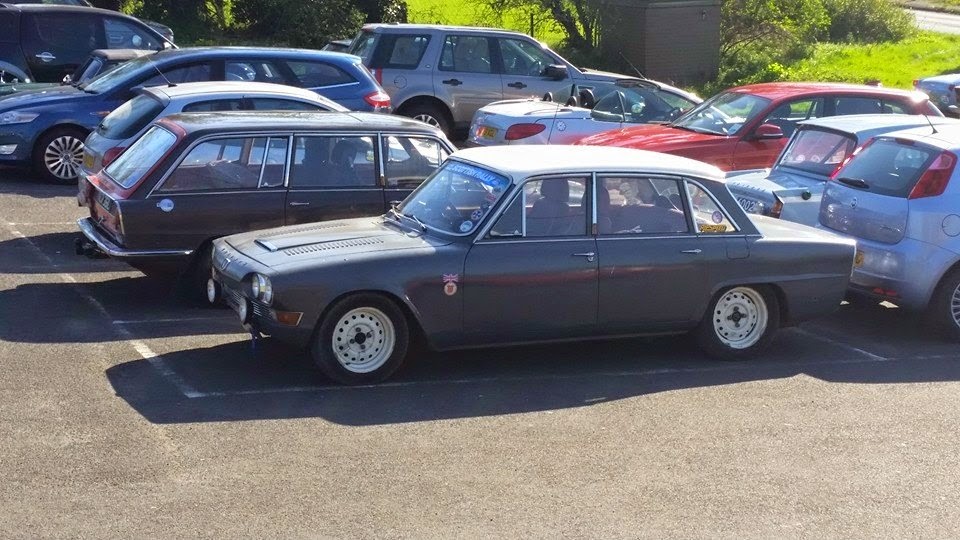 Our plotted route took us back up towards Stourbridge, then we headed for North Wales picking up the counties of Shropshire, Denbighshire, Gwynedd, Conwy, and Flintshire.(Anglesey was on the optional list, but we decided that would be a bridge too far.) We then headed for Cheshire, a Cheese factory in Macclesfield before heading over to Derbyshire. This was the last last county on the list, but on returning to the car after  gaining the obligatory photo evidence of the county sign, we found that our eta for the check in Control at Corley services was 12.59 hrs. This was ok, but the control closed at 01.00 and penalty points would be awarded for lateness after that time. However, some err... spirited driving saw us arrive at the control at 12.47am. Spot on!
After our enforced one hour break we had plotted the second part of our run which then took us to Northamptonshire, a bedding supplier in Bedfordshire, Essex, a hospital in Hertfordshire, Stansted Airport, the imperial War museum in Duxford, Cambridgeshire, Rutland, Lincolnshire, and a pork pie producer in Melton Mowbray. (yes, really!) 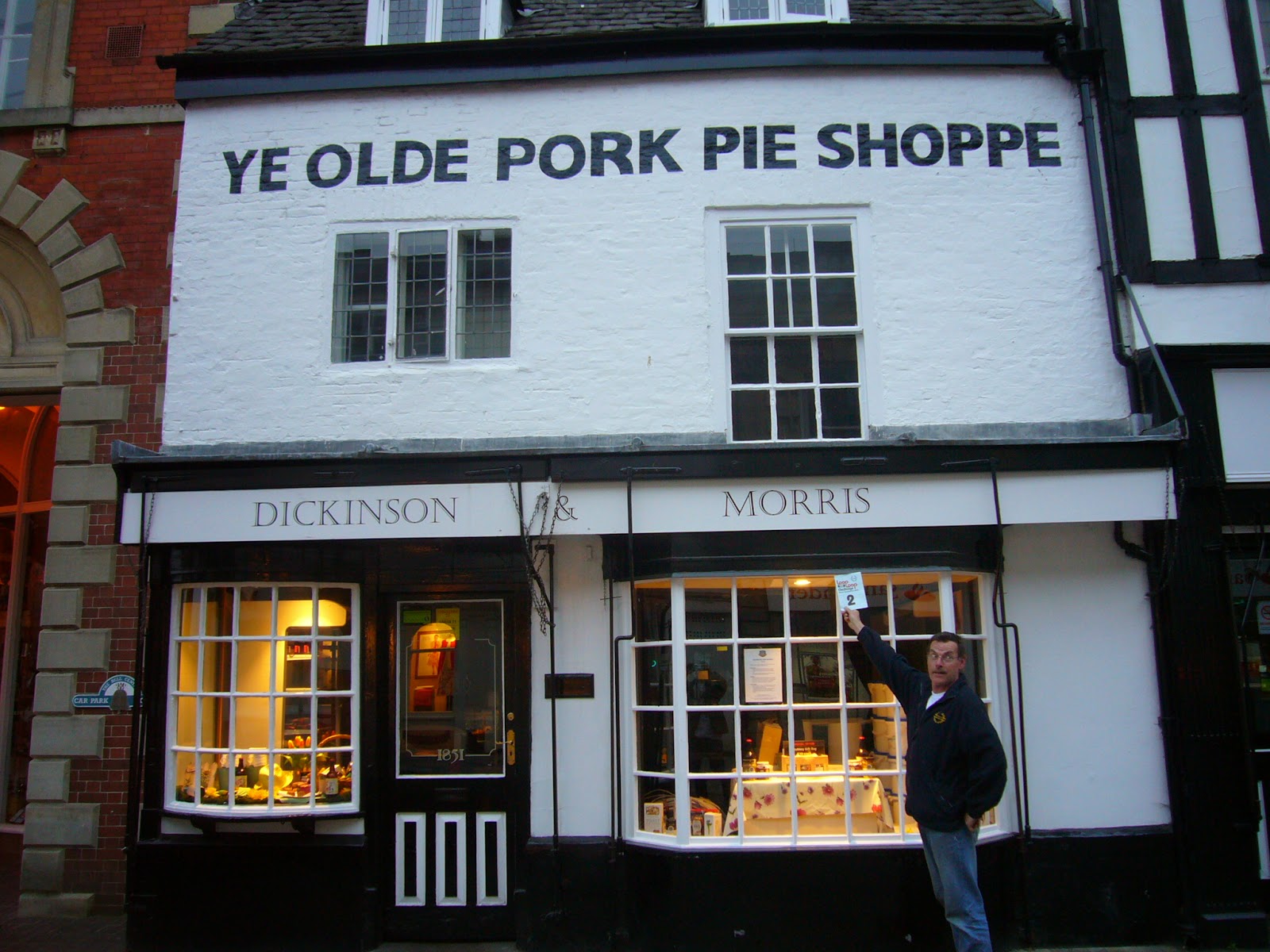 We then headed further north to collect a county sign for Nottingham before heading for breakfast and the finish location in Leicestershire.
After a hearty breakfast and a chat with the other crews it was time for the results. We were quite chuffed to find that we had finished in fourth place. Quite pleasing for a car who's gearbox was still on the garage floor Tuesday night!
When you looked at the route we had taken throughout the run, we had almost covered a massive figure of eight shape across the country. That will be why the event was sub-titled 'Loop the loop then! :)
Posted by RadSpeed Racing at Sunday, April 19, 2015 No comments:

A trip to in  this weekend with a few mates provided a fantastic laugh and a great time. However, it was slightly tainted by a couple of unfortunate issues.


The first was when we stopped to let an old lady cross the road on a Zebra crossing and a French white van man decided to drive into the back of us! The crash caused damage to the inner and outer rear valance and bootlid. Thanks to help from some of the crowd we were with, we managed to pull some of it out and get the boot opening and closing properly again. 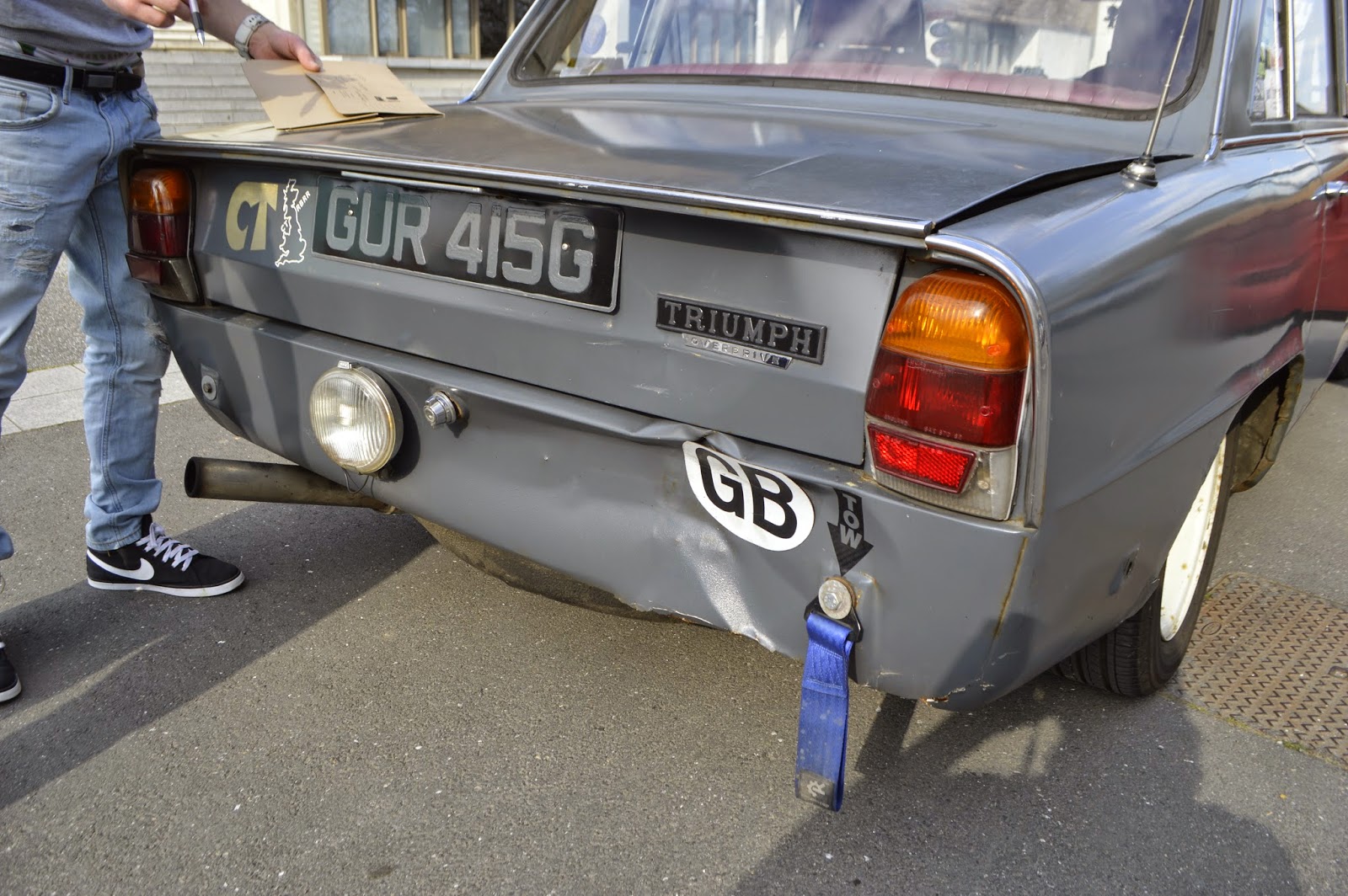 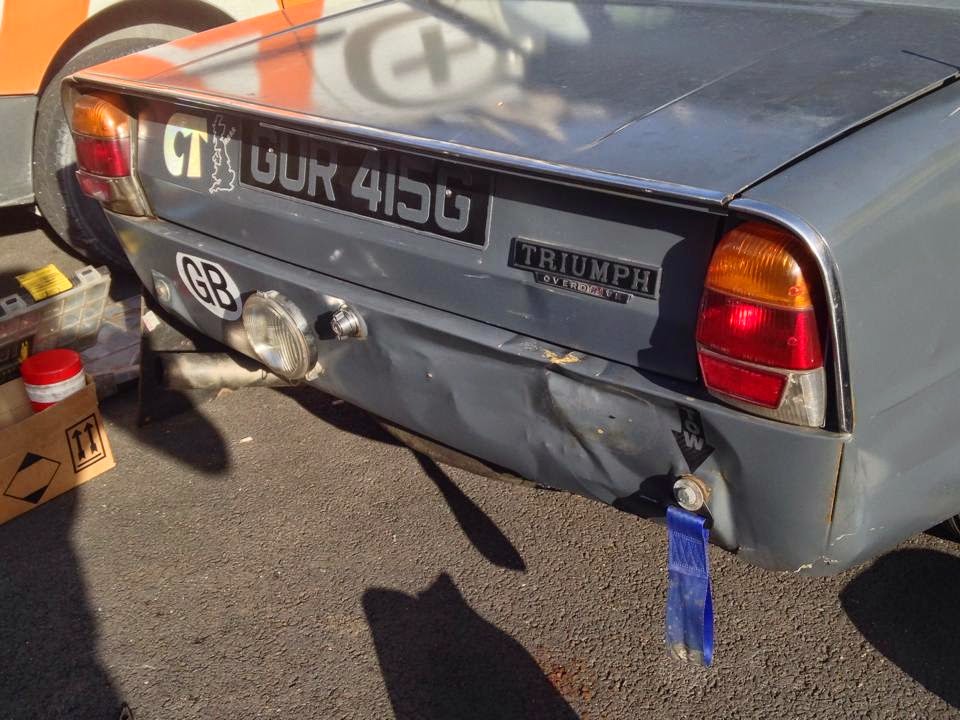 The second issue was worse on the 'going home' part of the run. The clutch had been getting quite difficult to operate smoothly. In fact, sometimes, the pedal seemed to stick and wouldn't  release at the biting point when it needed to. Luckily, we managed to get the car home ok, and the following morning the gearbox and clutch was removed for inspection.
Investigation revealed that the fingers on the pressure plate were badly worn and also not quite in line in places. 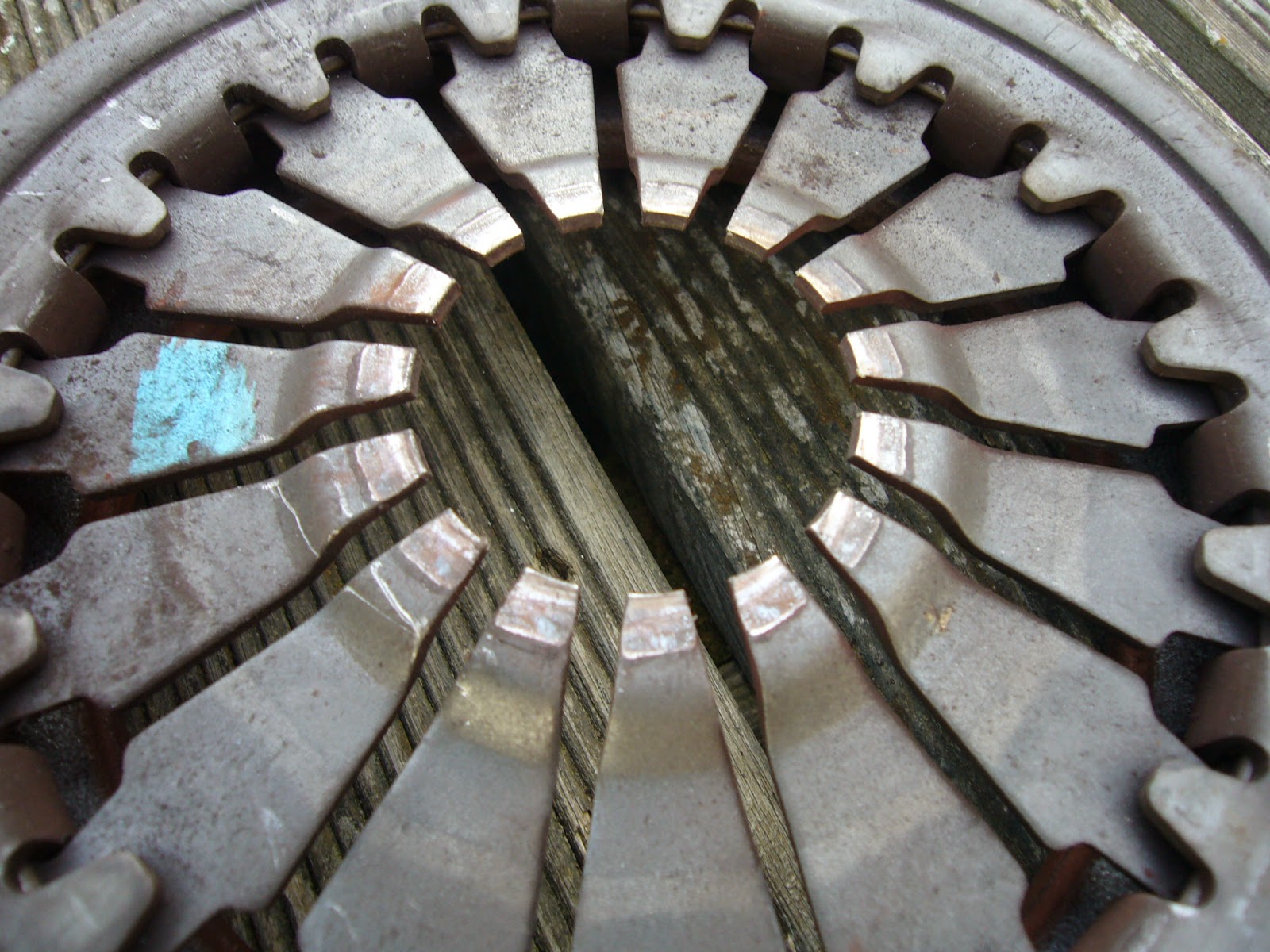 Even more investigation also revealed a broken engine mount. I suspect this was caused by the amount of 'jolty' pulling away we had had to do with the awkward clutch. 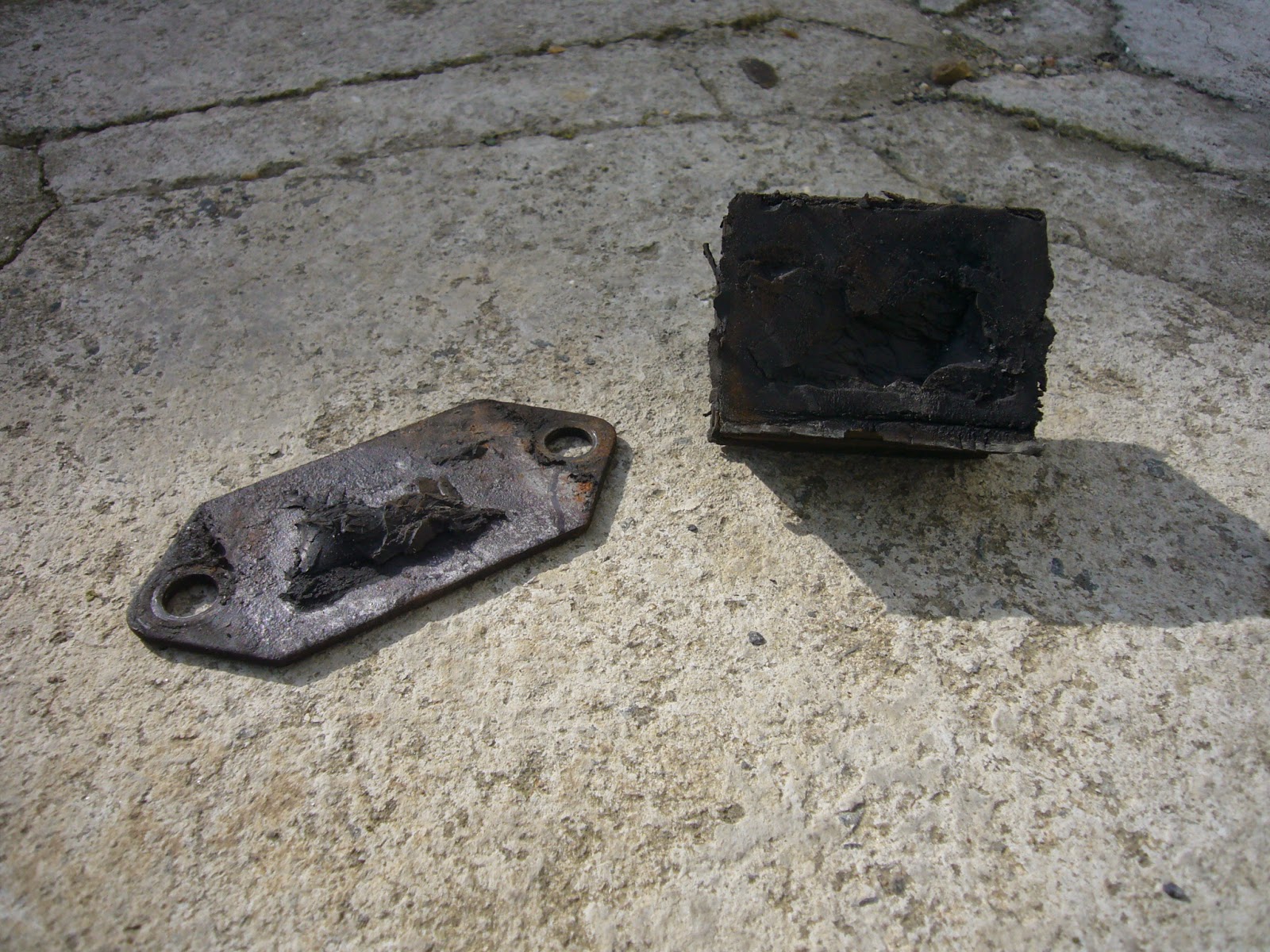 So, a replacement engine mount has been fitted and a new clutch has been ordered. Hopefully, it will arrive in the next few days and all being well Gertie will be back in action on the HCR this weekend.
It's just a pity just this will now be two years running that she has had to compete with accident damage!

Posted by RadSpeed Racing at Monday, April 13, 2015 No comments: