It was finally time for the  trip that had been planned in January to come to fruition. Nothing was really happening on the club scene and there were no events planned at that time, so I had decided to put a run together for just a few close mates.

The route was a huge triangle that covered the East coast, West Coast and South coast. The weather was a concern as Friday afternoon it was snowing with more sub zero temperatures predicted over the weekend.

Dave Harvey arrived at mine on Thursday, Richard Warr landed on Friday and Dave Maton showed his face on Saturday. We left Leigh On Sea around 3.30pm on Saturday afternoon with Dave Harvey and I in my Mk2 saloon and Messrs Maton & Warr in Dave Maton's Mk1. We had planned to fill up at Sainsbury's Rayleigh, but they had ran out of fuel. Luckily, we had enough fuel to get us to the start location at Ipswich, so we would try and find fuel there. We then met up with Colin Wake and Mike Bishop in Colin's Mk2 saloon at a carvery in Ipswich for dinner and also found some fuel at a local Sainsburys. With the petrol tanks and our stomachs filled, we set out just after 6pm.

Our first planned stop was Ness Point. Lowestoft. This is the most Easterly point in England. (This was our East Coast stop) After a quick photoshoot and meeting up with some of Dave Maton's outlaws, (in-laws) we were soon on our way again. (We had planned a 'brew with a view', but the freezing cold Easterly wind put paid to that. 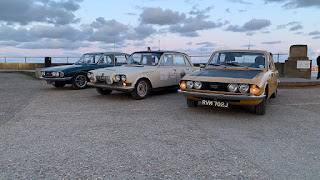 We then headed north towards Great Yarmouth and then took the A47 towards Norwich where we witnessed the most fantastic sunset on the Acle straight. All of us agreed we'd never seen anything quite like it. A huge black cloud had settled across the road with an impressive almost straight edge at the bottom and the sky above and below the cloud were two different colours. All very beautiful! 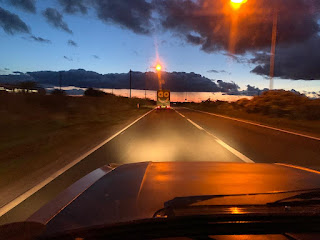 Once past Norwich we took the A47, A17, A16 then A52 up to Skegness. Another quick photo shoot followed, then a quick top up with fuel at an Asda petrol station. 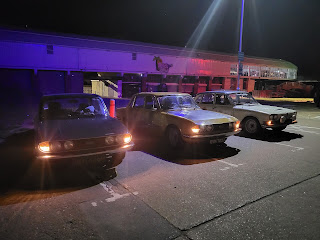 Our next destination on the  itinerary was a 'shit and snacks' stop at Leicester Forest Services on The M1. Our route to here from Skegness was across to Lincoln, then Grantham and finally cutting down the A46 onto the M1. We had a quick stop just outside Skegness so Dave Maton could top up his gearbox oil, so Richard put the travel kettle on and we had a quick coffee while repairs were effected. We then had a decent break at the Leicester services although the coffee turned out to be dearer than fuel with two average cups costing £6.20. (Do these places not realise they would sell more if it was cheaper?)

After leaving the services we took the M1, M69 and A46 & M5 towards Weston Super Mare. (This was our West Coast stop) Again, because it was so cold we just stayed in the cars and kept going and reached Weston Super Mare before it was even light! Another top up of fuel was the order of the day at a large Tesco's and then a quick pic in front of the Grand Pier was taken. (No idea what all of the police cars were doing there though? 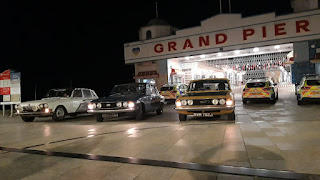 After leaving Weston Super Mare we travelled some fantastic A and B roads before finding a decent sized layby where we could make a brew and scoff some biscuits. The previous nights carvery was now a distant memory and it would still be some time before we could breakfast.

It had been a very cold night in the south west and the fields and parked cars were covered in frost. With coffee and biscuits consumed we then altered out plans slightly and changed the breakfast stop from Amesbury in Wiltshire to Eastleigh in Hampshire. (The one in Eastleigh was open earlier) 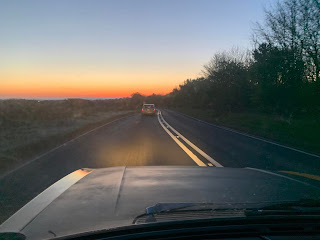 Breakfast was partaken at a very leisurely manner and was a welcome break away from the cars. We all love our cars and love driving, but were starting to feel a bit cabin feverish! Needless to say it was getting on for late morning when we left the eatery and the traffic was starting to build up due to the bright sunshine that was now in attendance.  We postponed our planned drive along Brighton seafront due to this and headed along the A27 for the less crowded Newhaven instead. (This was our South Coast stop) After more quick pics we headed for the A22 where another decent sized layby was found and our final brew up for the day was had. 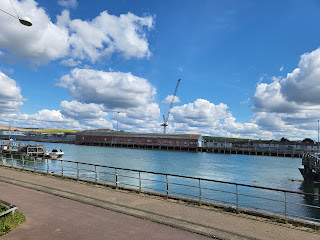 A nice drive up the A22 was had, apart from Colin's satnav deciding it wanted to go through some B roads to Lingfield before putting us back on the road that we'd just turned off of! Anyhow, the dreaded M25 was clear (even through the Dartford tunnel) and we were back at Radspeed Racing HQ (my house!) shortly before 4pm.

A final photoshoot was done and cups of tea were drank before heading off for the usual celebratory 'beer and curry' at the Indian diner. (And very nice it was too!) 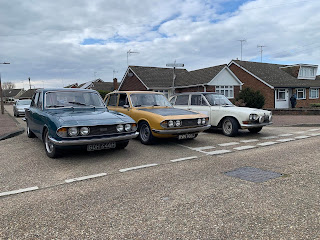 All three cars had done well, especially Dave Maton's with its gearbox leak. Total mileage for Colin and Mike was around 700. Us setting out from Leigh on Sea covered a bit more with the total being around 760. We had completed the run in just over 24 hours and had passed through the counties of: Essex, Suffolk, Norfolk, Cambridgeshire, Lincolnshire, Nottinghamshire, Leicestershire, Warwickshire, Worcestershire, Gloucestershire,  Avon, Somerset, Wiltshire, Hampshire, West Sussex, East Sussex, Surrey, Kent and finally back to Essex.

We all had a great time and unlike the first two runs I organised....we had no rain!