At last an update! May 18th. Something a bit different!

A lot has happened since my last post including moving to a new house in a new town and renting out my old house. The move happened over the Easter weekend and since then there really hasn't been much time for car work or events.
However, with (reasonable) normality restored, it was time for some fun. (Or so I thought)
So, at the insane hour of 4.45am on Sunday morning, I left my new town of Leigh On Sea to travel down to Enfield to collect my nephew and head to Crystal Palace to the start of the Classic Mini London to Brighton Rally.
The local councils were obviously aware of 2,500 Mini's (Yes, that is right, 2,500 Mini's)  descending on south London as they decided to shut the Blackwall tunnel. Good thinking! A lengthy diversion saw us heading over Tower Bridge at around 6.15am and eventually onto where we should be. 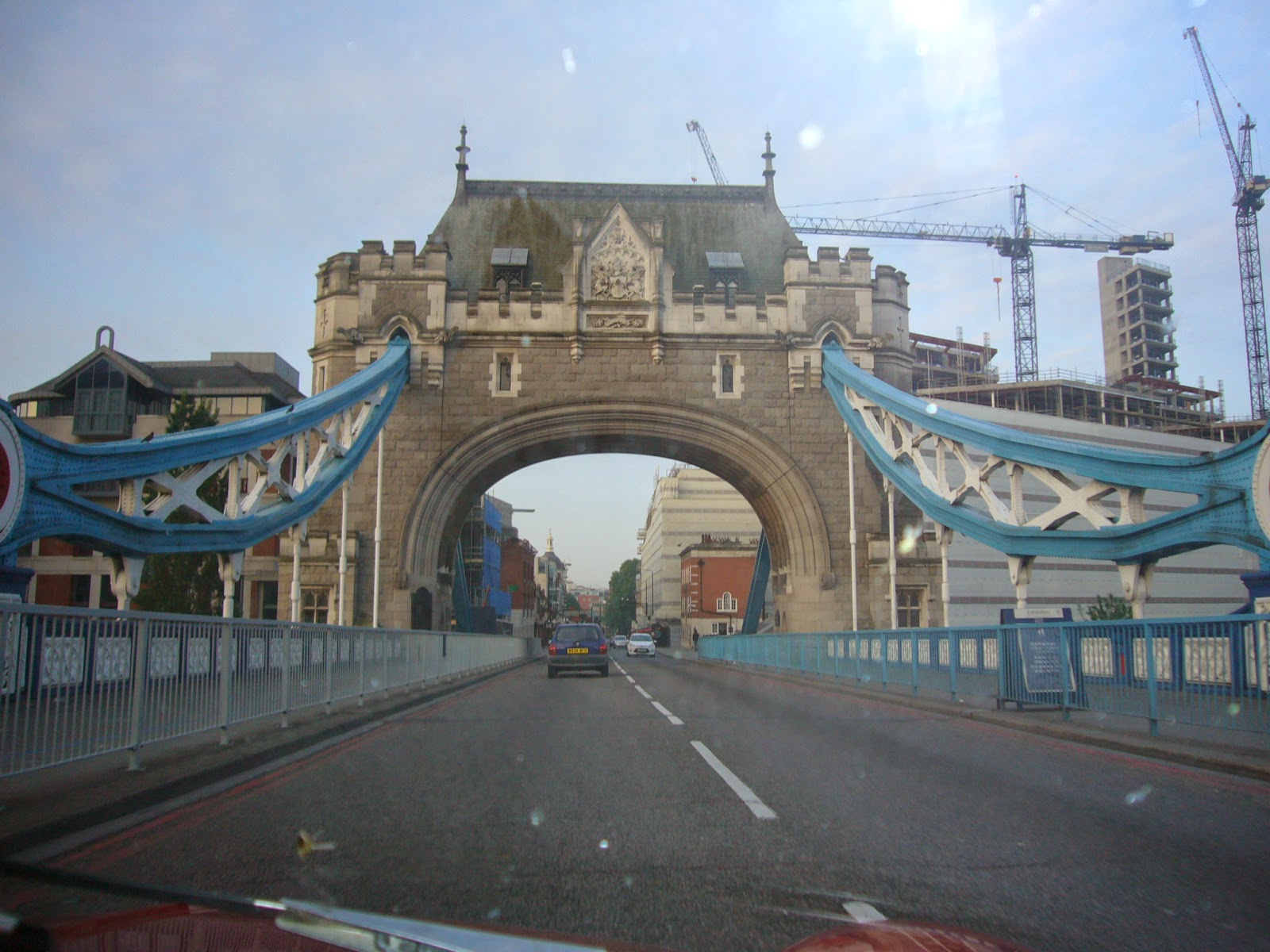 ﻿With us finally booked into registration we began the long wait for our departure time. They line the cars up on a 'first come first served basis' so basically, the later you get there, the later you leave there. Our delays were not in our favour. Needless to say, we had plenty of time to kill, so we hung around the campsite/car park for a couple of hours or so. I have to say though, there were some fantastic Mini's there to see. 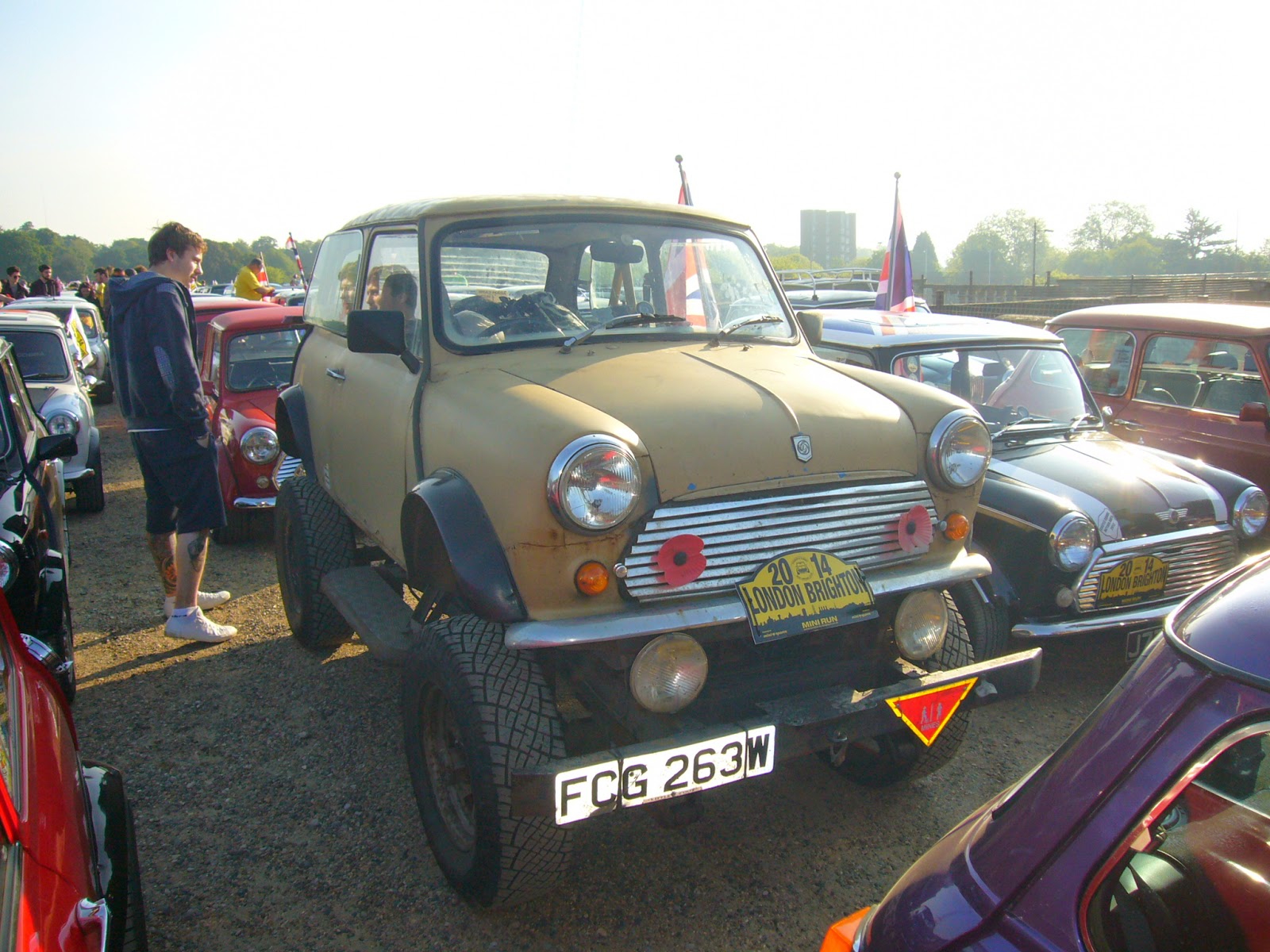 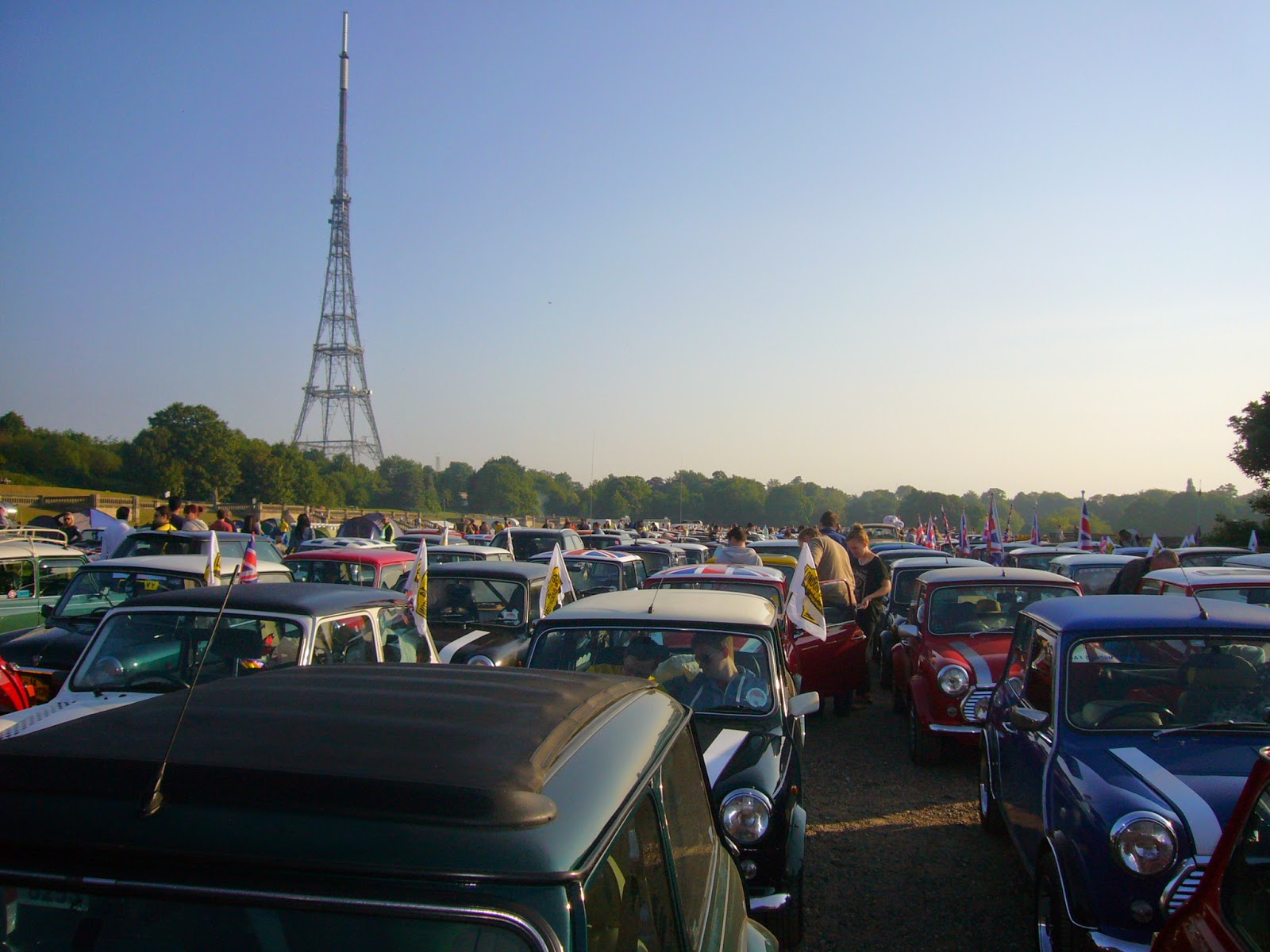 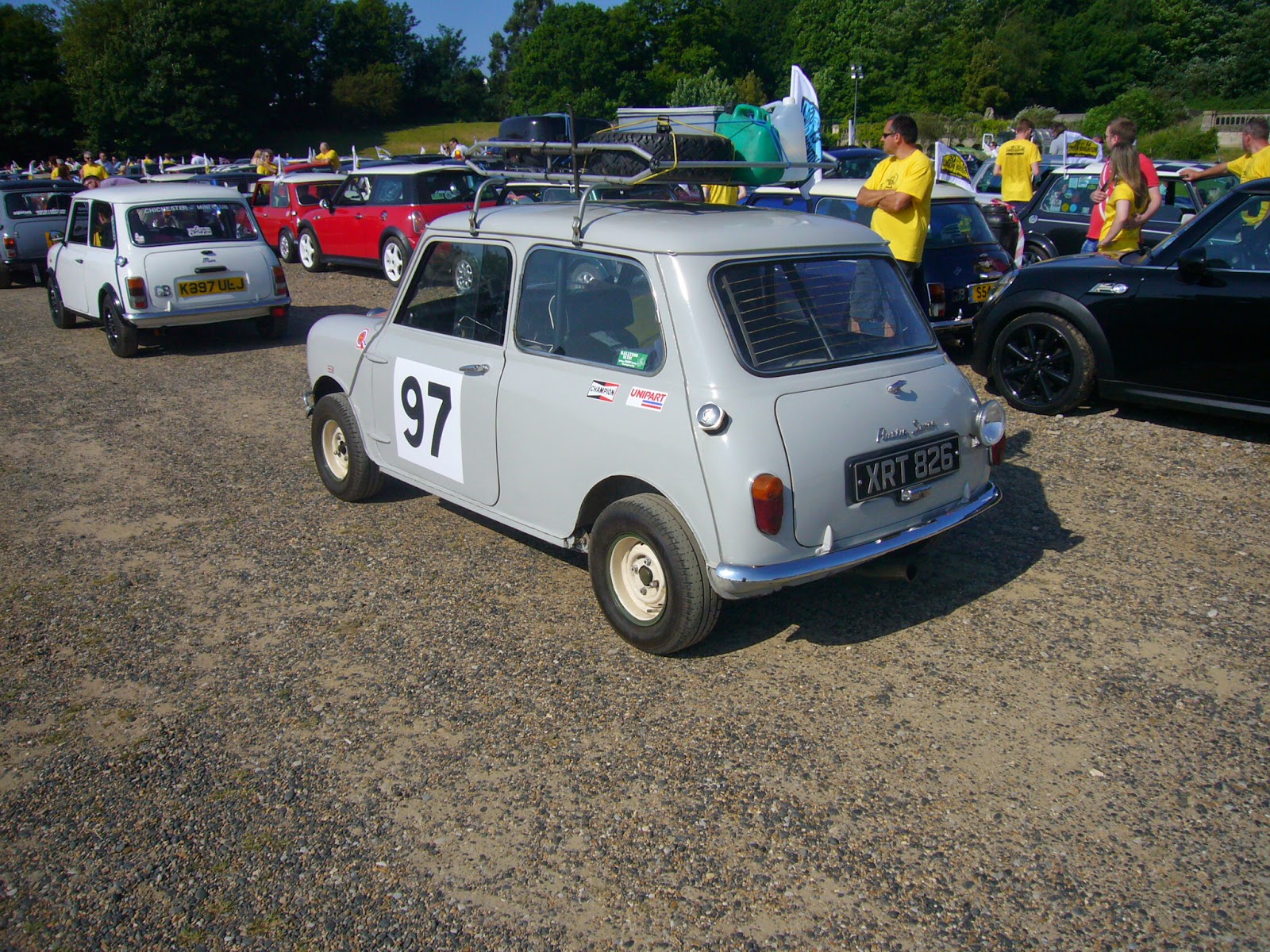 By just after 10.30am it was our turn to leave and we made our way through London to pick up the M23 to Brighton. With over 2000 Mini's plus normal traffic in front of us progress was very slow and with being the hottest day of the year so far, a lot of Mini's had already started overheating. We seemed to be coping ok with the heat and by about 12pm we had eventually made the M23.
We stopped for a quick sandwich in the services but it was shortly after leaving the services that our problems began. The sound of what I initially thought was 'pinking' soon turned into rattling and a quick exit off the A23 found a petrol station where we could stop and investigate. The engine for some reason had boiled itself dry. We let it cool down a bit a refilled it with water, but it wasn't keen on that and belched loads of it back out. I optimistically put it down to sitting in loads of traffic for so long and tried to continue with the journey. However, on arriving just outside Brighton at the roundabout of the junction of the A23 & A27 (of which both routes were solid with traffic again!) she boiled over again. I was now convinced that we had blown the head gasket and decided to turn around and try and nurse the car home.
After stopping a further six times, and getting through about 14 bottles of water and flask of coffee (we had ran out of water at the time) we were doing well. We had made it back to Essex and was on the M25 when she overheated again and this time refused to restart. I admitted defeat and we called for recovery. It was 3.15pm by now and we were given an eta of 4pm. We thought that was pretty good, but then at 4pm we received a phone call saying we would now be recovered at 5.30pm. I didn't fancy another 90 mins of getting roasted to death in the sunlight on the hard shoulder of a motorway, so luckily, now the engine had cooled a bit, I managed to get it started and got it off of the motorway. Unfortunately, we still only managed about another ten miles and it finally gave up the ghost near Basildon, only 7 miles from home. 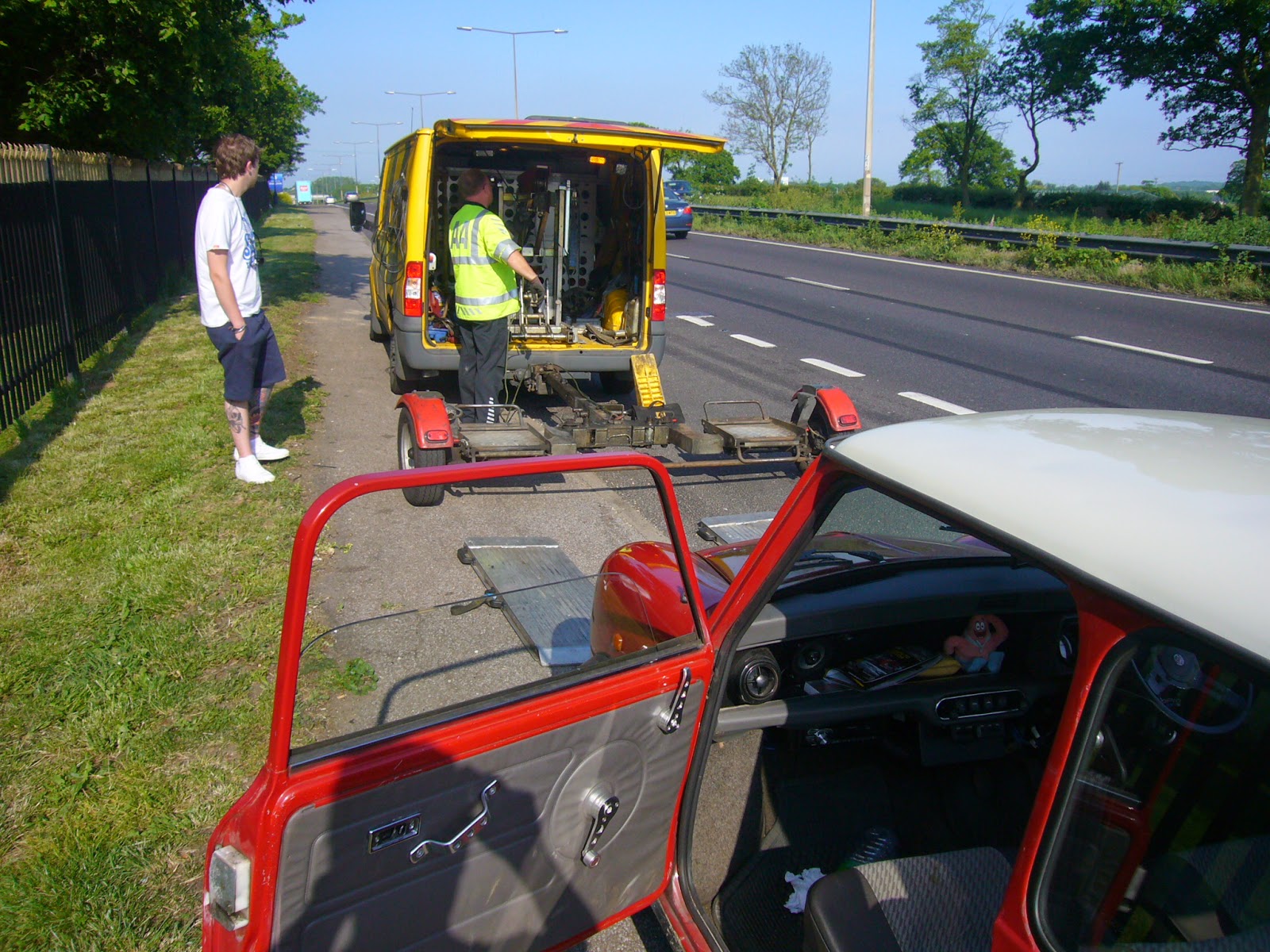 The recovery arrived with us just after 5.15pm and with the AA man confirming that the head gasket had indeed gone he recovered us back home. The only problem with that was that I now had to get my Nephew back to his home in Enfield. It's a good job I could rely on my Triumph estate to serve that purpose. I finally got home about 8pm that night. A bit of a long day then!
The good thing about Mini's though is the parts availabilty. A head gasket set was ordered Monday afternoon, the head was removed Monday night, the gasket set arrived on Tuesday and the car was put back together Tuesday evening and driven to work and back on Wednesday with no further problems. 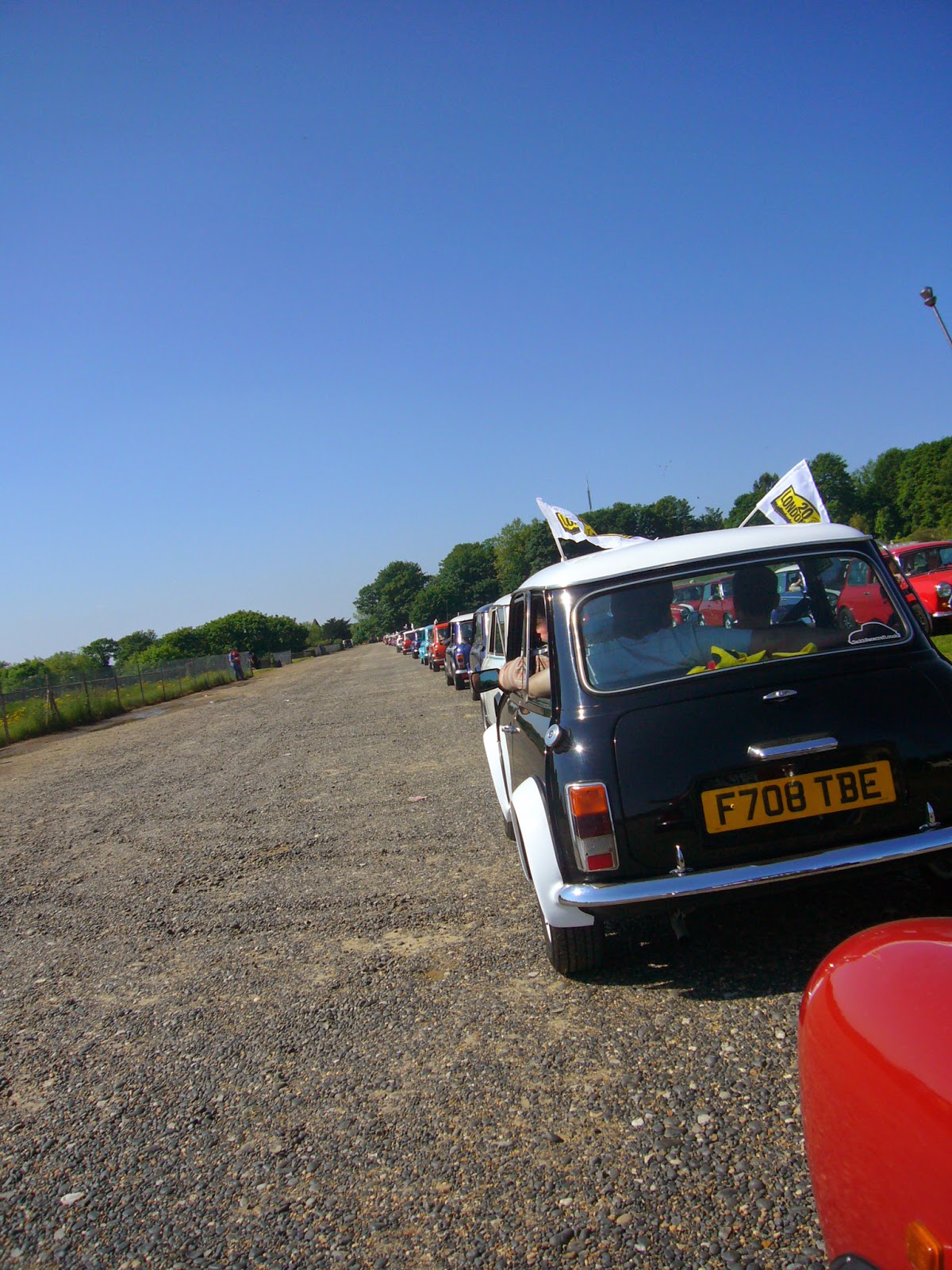 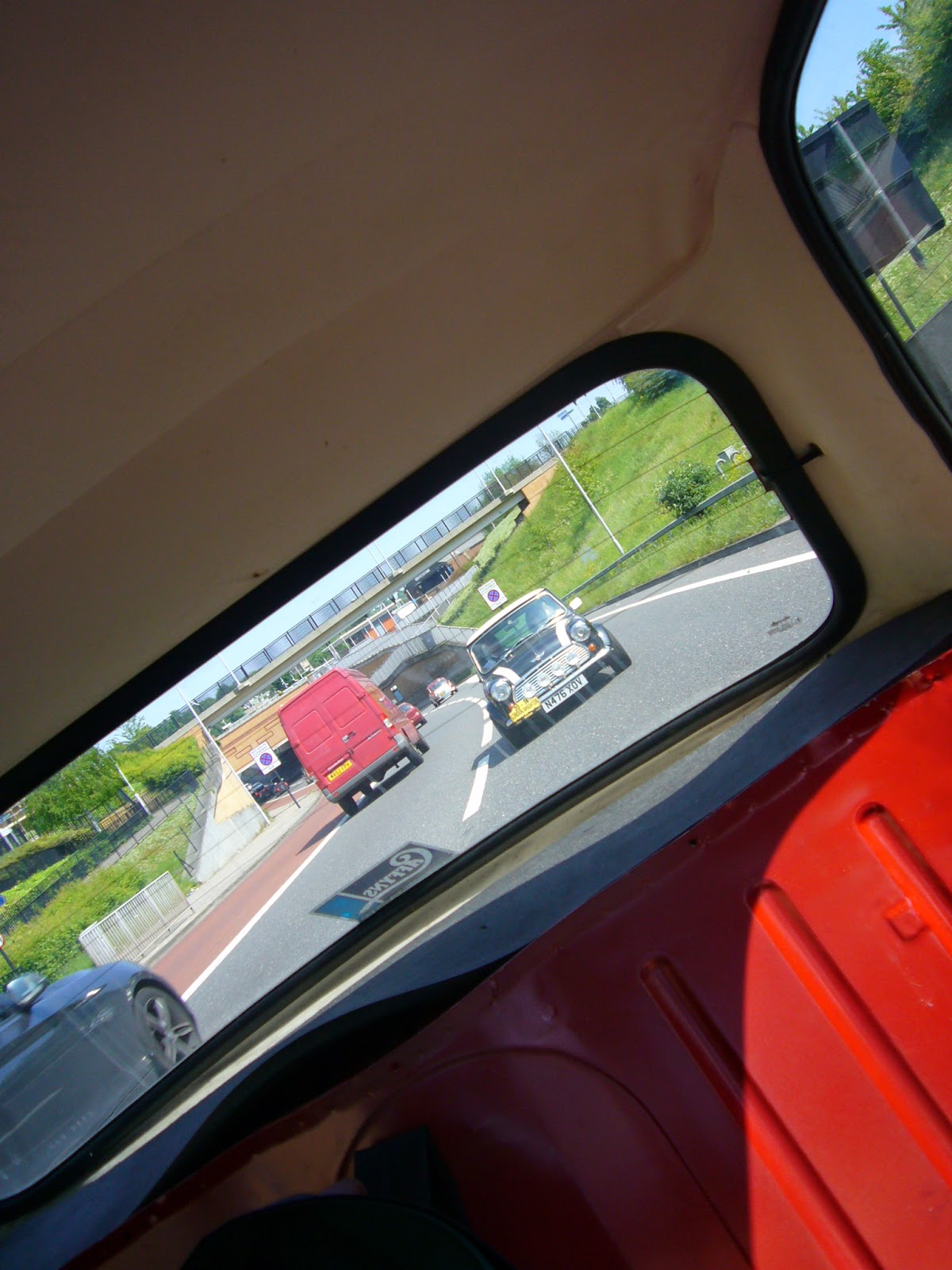 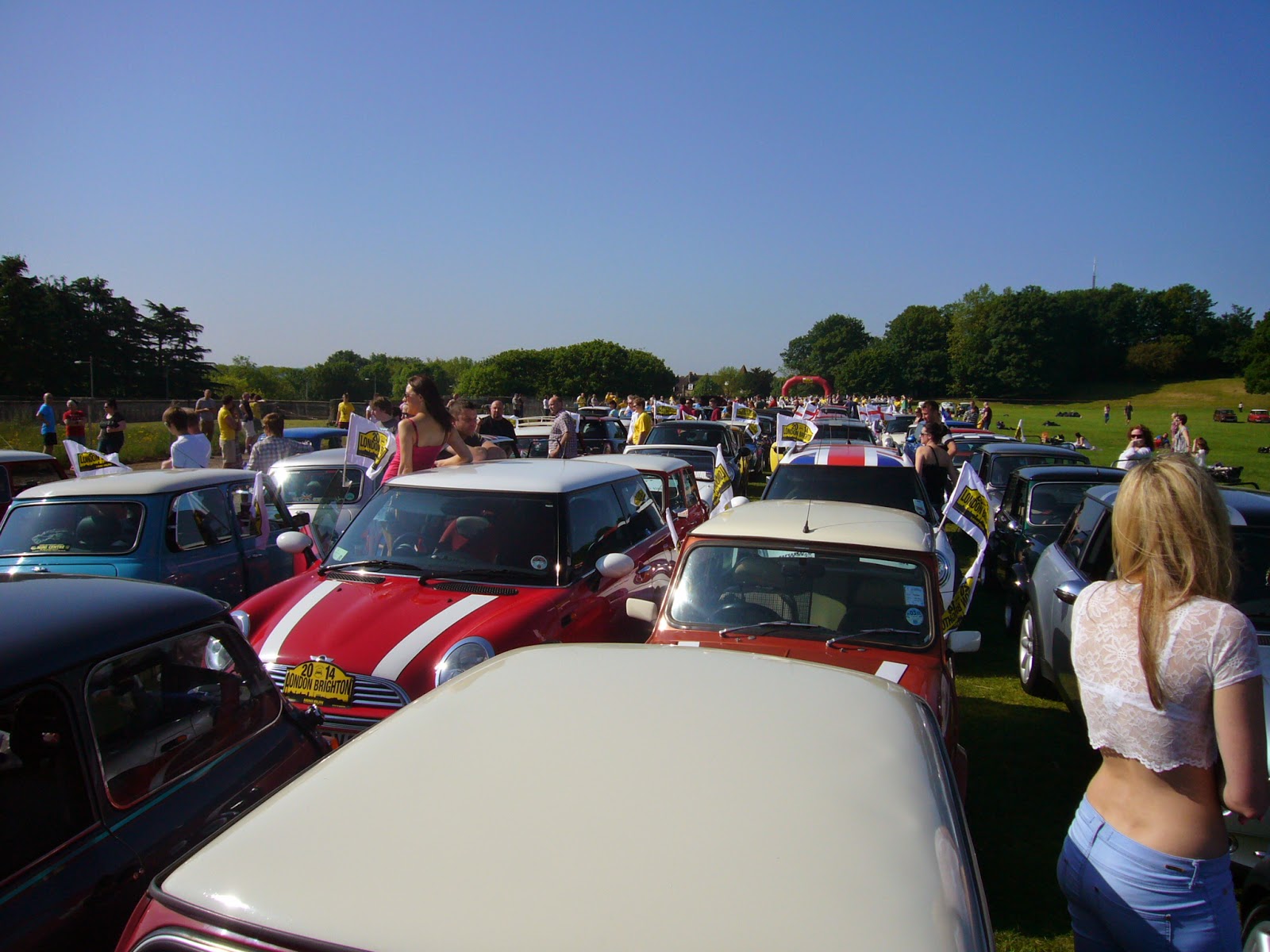 A very nice blonde girl with a lovely figure. Oh, and some Mini's.
Posted by King Rat Racing at Wednesday, May 21, 2014 No comments: